Zimbabwe Republic Police (ZRP) has released a statement stating that some of the remains they retrieved were actually slain Murehwa boy Tapiwa Makore’s remains.

The remains were part of the several skulls that were recovered from Tapiwa Makore Senior’s toilet last December as ZRP intensified their search for the missing body parts.

In a statement released by ZRP, the police said they have notified Tapiwa Makore’s family of the results of the DNA:

The Zimbabwe Republic Police confirms that communication has been made with the late Tapiwa Makore’s family in connection with the DNA results which were conducted by AIBST DNA Testing Centre and National University of Science and Technology (NUST).

The DNA results showed that the jaw, tooth and limp were a direct match to the torso.

All other details concerning the case will be revealed once trial proceedings are in motion. 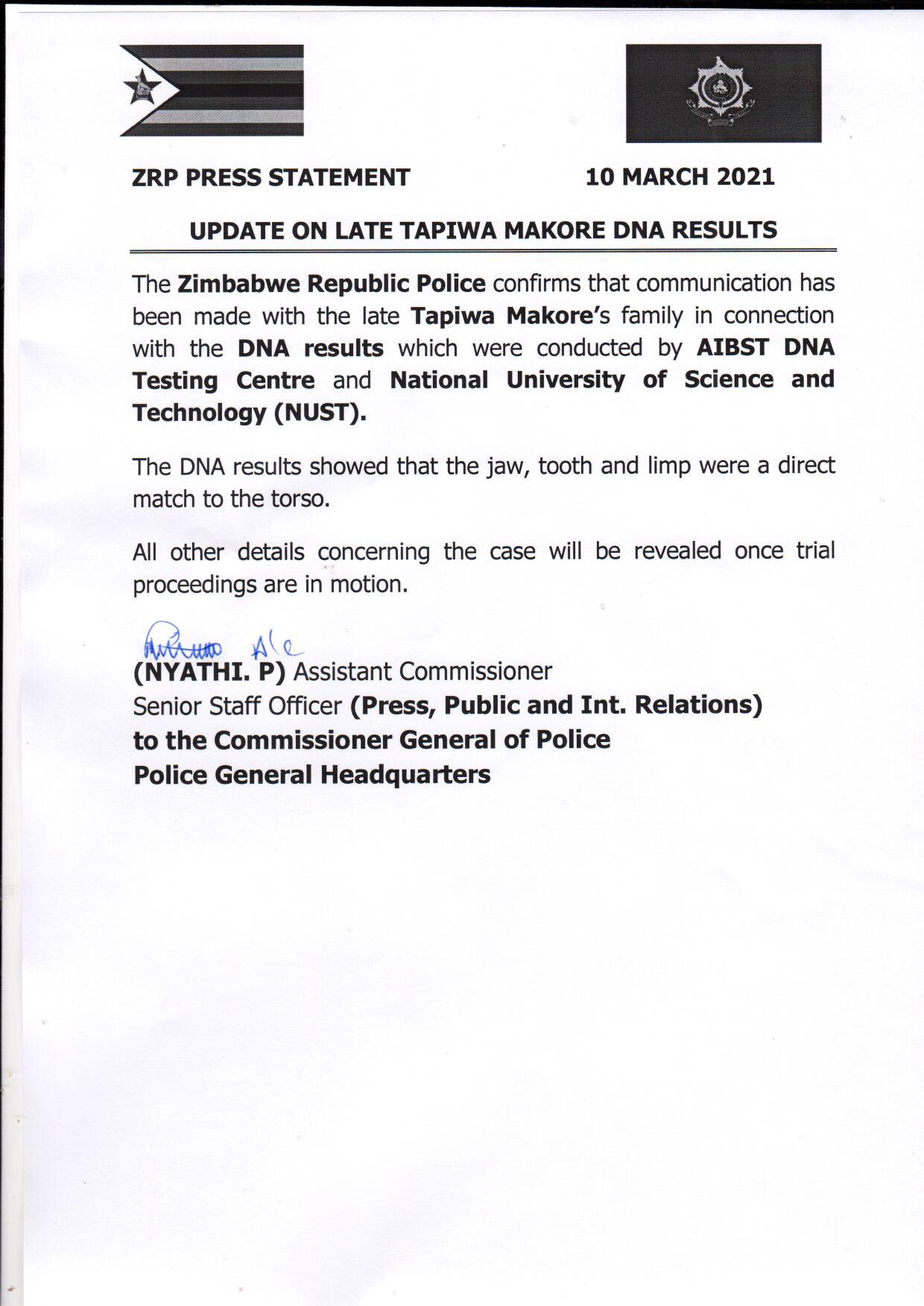 Meanwhile, Tapiwa Makore’s father Munyaradzi Makore has revealed that the family will bury Tapiwa’s remains on 27 March 2021 and a local traditional leader, Chief Mangwende will preside over the burial.

Some Of Tapiwa Makore’s Remains Found