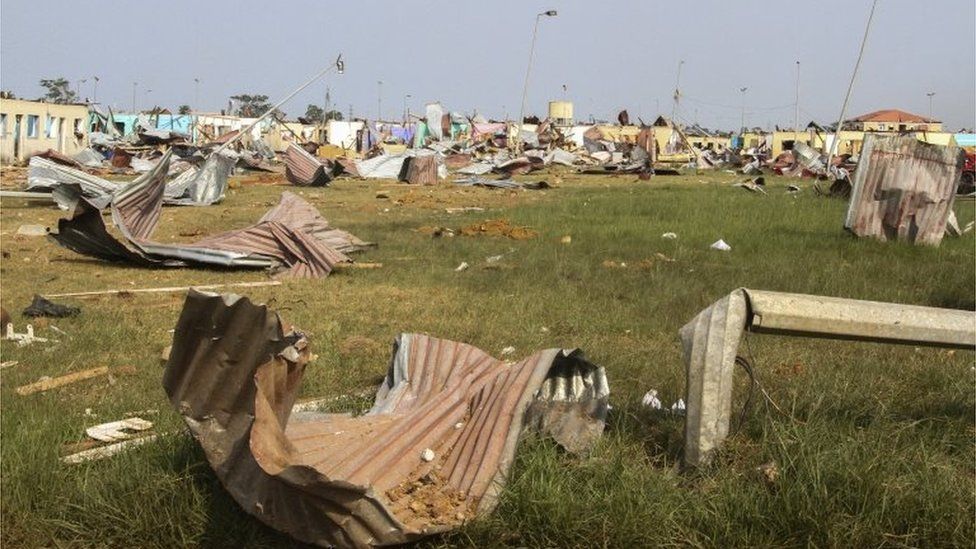 South Africa’s second-largest opposition party, the Economic Freedom Fighters (EFF) has offered its condolences to the people and government of Equatorial Guinea following explosions that occurred at a military base in the country’s largest city Bata, resulting in deaths and injuries Sunday.

In a statement, the Julius Malema-led party appealed to the South African government and non-governmental organisations to dispatch aid to the West African country. The statement read:

The EFF conveys its deepest heartfelt condolences to the people and government of Equatorial Guinea on the military base explosions that occurred today resulting in the death of many and injury to more than 500 people.

We call on the non-governmental organisations of South Africa and the government to dispatch much-needed relief material to the city of Beta soonest as we have done in the past to other African countries.

We further call on individuals and business to join hands and approach the Department of International Relations and Co-operation to offer assistance of any form for transmission to Equatorial Guinea.

… The people and government of Equatorial Guinea need help today, we can open our hearts and hands to respond humanely.

According to Al Jazeera, at least 20 killed and 600 wounded in blasts caused by ‘negligence’ in the storing of dynamite at a military base.

In a statement on national television, President Teodoro Obiang said the explosives caught fire due to “stubble-burning by farmers in their fields”.

The blasts reportedly caused damage to almost all the houses and buildings in Bata.

One Comment on “Malema Urges SA To Help E. Guinea After Military Base Explosions”