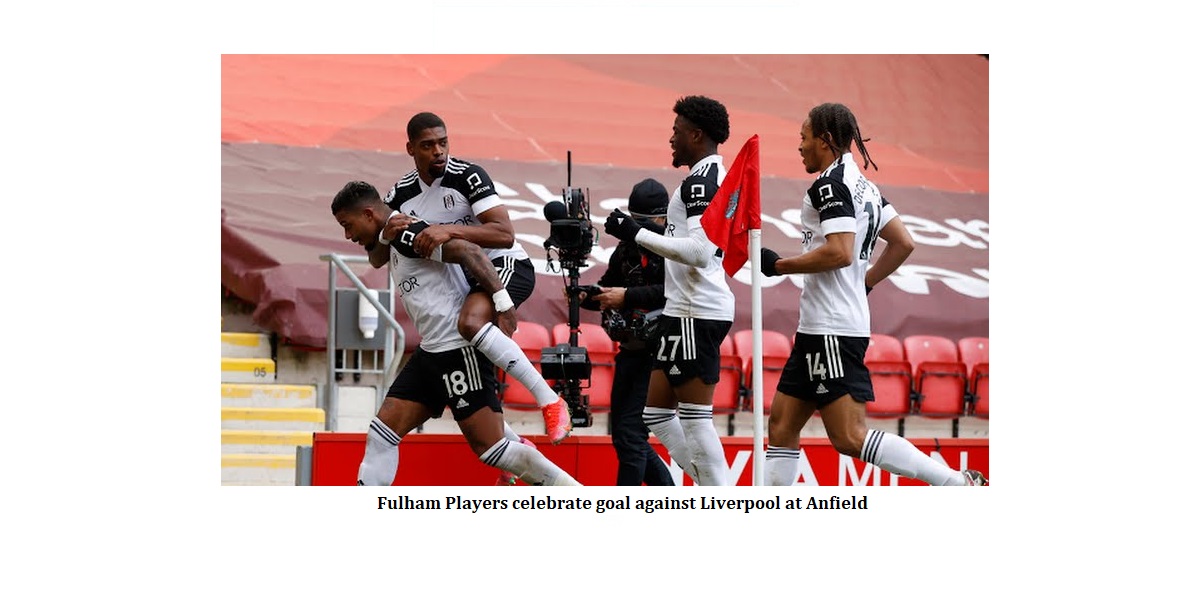 Liverpool have lost 1-0 to Fulham in a match played at Anfield Sunday making the Reds’ six consecutive home league games, their longest ever such run.

Klopp’s men are the first side to lose six in a row on home soil in the Premier League since Huddersfield Town in February 2019 (seven).

The visitors had more chances with Maja forcing Alisson into a save from close range, while Shaqiri sent a free-kick just over the bar at the other end.

Liverpool failed to clear their lines from a free-kick just before half-time and Lemina nicked it off Salah on the edge of his own box before drilling his low shot past Alisson and into the far bottom corner.

Fulham become the first London side to win away at both Everton and Liverpool in the same Premier League season since West Ham United in 2015-16.

Jurgen Klopp made seven changes to his team after their loss to Chelsea on Thursday, with only Alisson, Robertson, Wijnaldum, and Salah retaining their places.

Alexander-Arnold, Fabinho, Thiago, Jones, and Mane drop to the bench, while Ozan Kabak and Roberto Firmino are both missing through injury.

Liverpool have this season been a shadow of their former self and pundits believe the champions might be playing in the Europa Champions League next season if they fail to turn things around.

Most of their players, including high-profile defender, Virgil Van Dijk have spent the good part of the season on the sidelines through injury.