The Zimbabwe dollar continues to register some drops against the United States Dollar (USD) as indicated by the Reserve Bank of Zimbabwe’s Foreign Exchange (Forex) Auctions.

In total, US$35.1 million was allotted this week, with the bulk of the allotment (US$14.32 million) going to raw materials followed by machinery and equipment (US$5.5).

279 bids were received on the Small to Medium enterprises forex auction, with 236 accepted and 43 disqualified.

On the main forex auction, a total of 365 bids were received, 304 were accepted while 61 were disqualified. 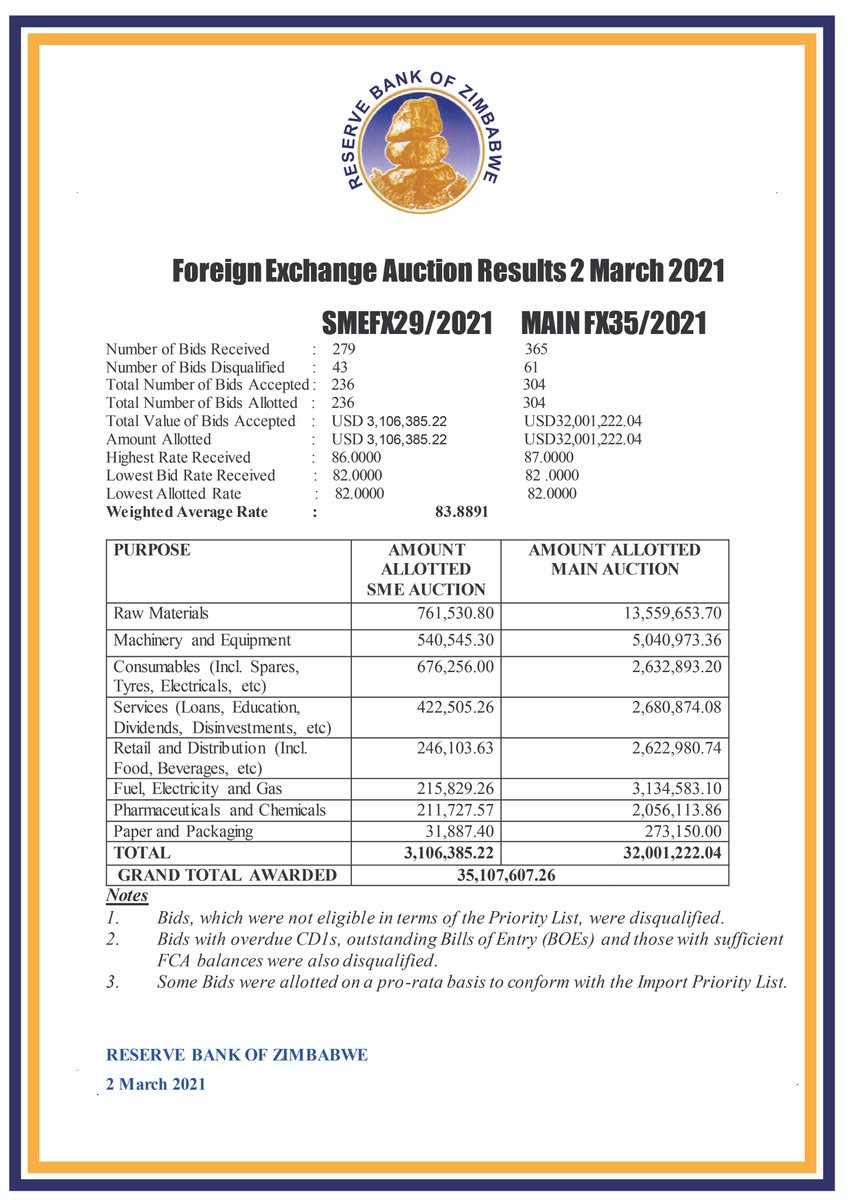