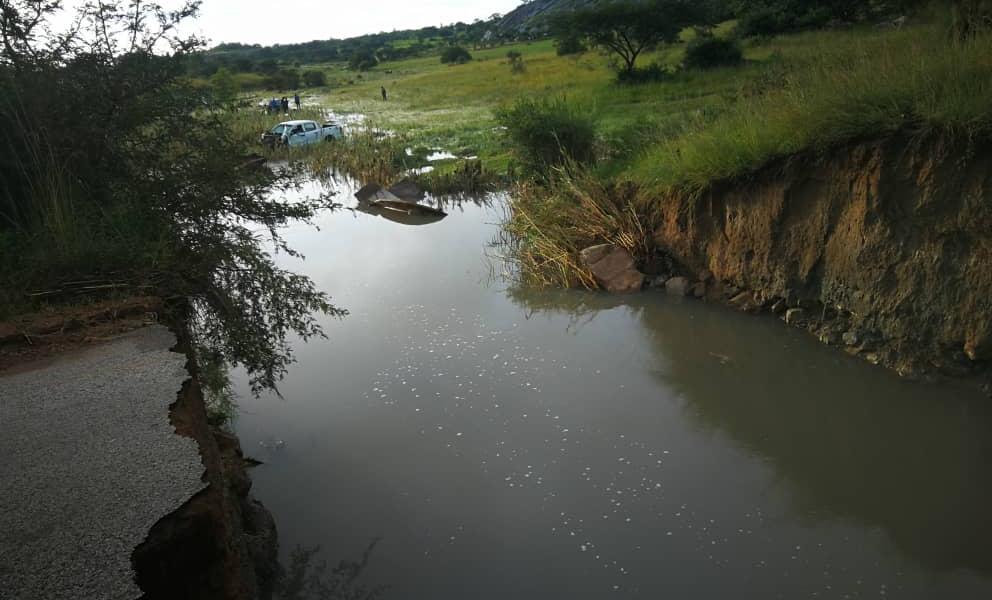 Transport and Infrastructure Development Minister, Felix Mhona and his deputy Mike Madiro Sunday visited the Mwarazi Bridge which was swept away on Thursday by heavy rains.

The bridge links Headlands with neighbouring communities that include Chendambuya, Nyanga, Mayo and Chinyudze.

The collapse of the bridge had cut off the Headlands community from accessing such amenities as clinics, schools and agricultural produce markets.

The villagers said they were glad that the government was quick to respond and expressed hope that the bridge will be rehabilitated soon.

Newly-appointed Manicaland Minister of State for Provincial Affairs and Devolution, Nokuthula Matsikenyere appealed to Treasury to provide funds so that Mwarazi Bridge would be repaired expeditiously. She said:

We are now appealing to the government to avail resources for us so that the road is rehabilitated as we have heard its importance to the people of this community,

I want to thank the honourable minister for the quick action you have taken. The people wanted you to come in person to see what happened here and you have done that, they said.