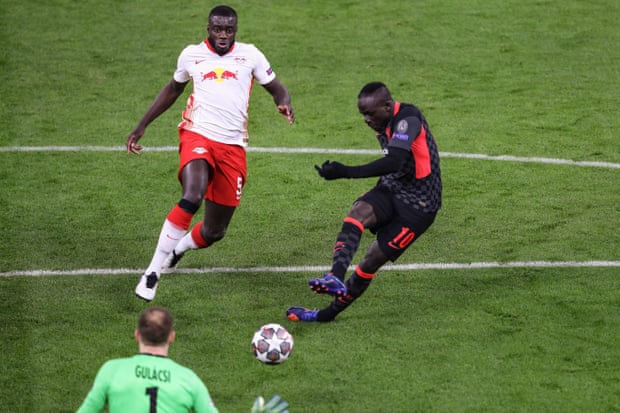 Liverpool rebounded from three straight defeats in the Premier League with victory over RB Leipzig in the last 16 of the UEFA Champions League on Tuesday night.

Mohamed Salah and Sadio Mane struck in the space of five minutes near the start of the second half in an away leg played in Budapest’s Puskas Arena, Hungary to give the English champions a 0-2 win ahead of the return leg on 10 March.

The match was moved to Hungary after the Germany government banned people travelling from the United Kingdom from entering the country due to COVID-19 restrictions.

Speaking to BT Sport after the match, Liverpool manager Jurgen Klopp said he felt that some people expected them to lose. Said, Klopp:

A lot of people probably expected us to slip again because of the situation, and the boys didn’t and I’m really happy about that.

It was the game we wanted, the game we needed. Leipzig can be a real monster – they overrun teams, they are really physical and tonight we controlled them in an exceptional way.

For two years we’ve been really good and this year we have some problems. It’s normal that the talks start – I have no problem with that. But the boys showed what they can do.

On-loan Everton striker Moise Kean scored the other goal for PSG while Barcelona’s face-saver was scored by Lionel Messi from the penalty spot.

The match finished 1-4 in favour of the French.