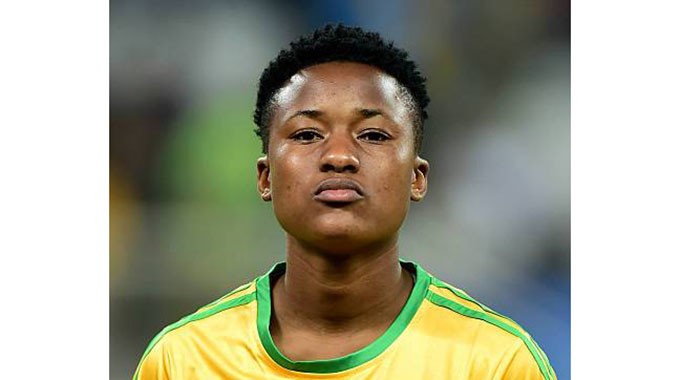 Black Rhinos Queens striker Emmaculate Msipa is expected to travel to Spain tomorrow after agreeing to terms on a one-year contract with Segunda Division Feminina football side CF Joventut Aimassora.

Black Rhinos Queens official Panganai Mahachi revealed that the Mighty Warriors forward will sign the contract as soon as she lands in Europe as everything has been agreed. Said Mahachi:

Yes, our player Emmaculate Msipa is scheduled to leave for Spain tomorrow (Tuesday) where she will sign a one-year deal with CF Joventut.

She won’t undergo any trials as the club has already expressed their satisfaction after following her over the years.

As Black Rhinos Queens, we are very much satisfied and we wish her all the best.

Msipa (27), won the Women’s League Golden Boot and the Footballers Union of Zimbabwe Player of the Year in 2019.

She scored 24 goals in 27 appearances in 2019 helping the army team win the league title for a record-extending 10th time.

Msipa has been part of the Mighty Warriors since 2010 and she becomes the second Zimbabwean female footballer to move to Spain after teammate Rutendo Makore.