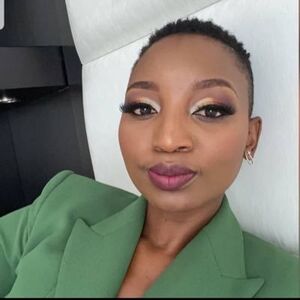 Temba Mliswa’s ex-lover, Susan Mutami, has accused the Norton legislator of being an abusive man and extortioner.

In a social media post this Sunday, Mutami said Mliswa habitually uses his sister name, Mary Mliswa, who is the Mashonaland West Minister for Provincial Affairs and Devolution, to extort money from people.

Mutami, whose romantic relationship with Mliswa ended acrimoniously, claimed that the latter told her that he does not care about First Lady Auxillia Mnangagwa at all. Said Mutami:

If I was a resident of Norton I would be very worried if I had a legislator like Temba Mliswa because he’s a very abusive man.

Temba does not love the first family, he told me personally that he had a fight with the First Lady vakati havadi kumuona and he said he didn’t care about that woman at all as they were not related.

According to him Temba’s dad once helped the Mnangagwa family some years back so he said the president is oblidged to look after him and his siblings and that he paid 30k for his dad’s funeral.

Temba writes fake expose’s on people and goes on to extort money from people. He preaches let’s fight corruption yet he’s the one that’s corrupt.

Innscor is a victim of Temba and not only that but Paul Westwood in England.

I think the President needs to intervene in this Crisis.

People in Mashwest live in fear because of Temba and how he abuses the president’s name purporting to be his brother yet he’s not related to him.