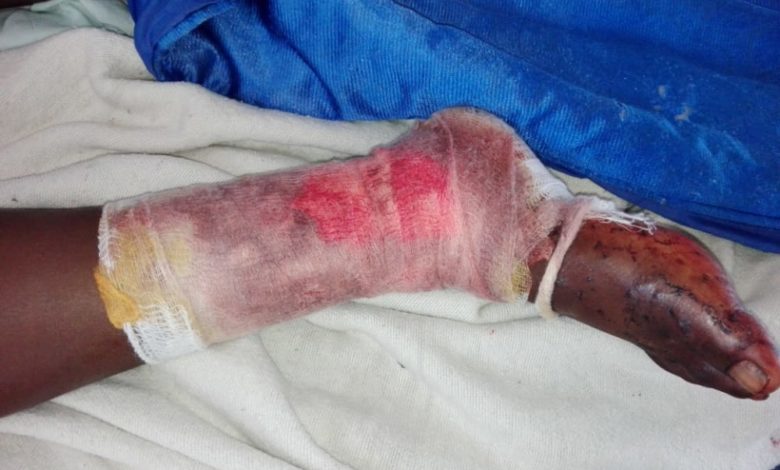 Police in Kwekwe reportedly shot a 23-year-old woman from Mbizo 14 in the leg around midnight on 8 January this year.

The police team was searching for the woman’s brother who was wanted on assault charges.

The victim has been identified as Deon Jayne Craig and the bullet is still lodged in her right foot.

Craig`s sister, Glemis Moyo told CITE that she was shot when a police officer fired warning shots in the air. Moyo said:

She was shot by the police on 8 January around 2300hours. They wanted to arrest my brother so when they came home and knocked on the door. When we inquired who it was, they identified themselves as police officers.

When we opened the door, they inquired about Maxwell’s whereabouts and we showed them his room. They knocked on his door and there was no response.

Moyo said she called Maxwell’s wife to come out with the child after the police officers had said they wanted to throw a tear gas canister inside the room to force him to come out.

She added that at that time Deon went to the toilet a few metres from the house and then a police officer who was in Maxwell’s room called for a gun from his colleagues.

After fetching the gun, the police officer fired a warning shot into the air and the second shot reportedly hit Deon while on her way from the toilet.

Moyo added that the police officer who shot her sister, later on, filed a case against her sister and Maxwell’s brother Mernard, accusing them of trying to stop them from arresting Maxwell.

They are both out after being granted ZWL$6 000 bail and are expected in court on 25 February.

Deon said she was taken to Gweru Hospital for treatment and the doctors are yet to remove the bullet lodged on her right foot.

Meanwhile, national police spokesperson Assistant Commissioner Paul Nyathi told the publication that they will conduct further investigations to find out what happened. 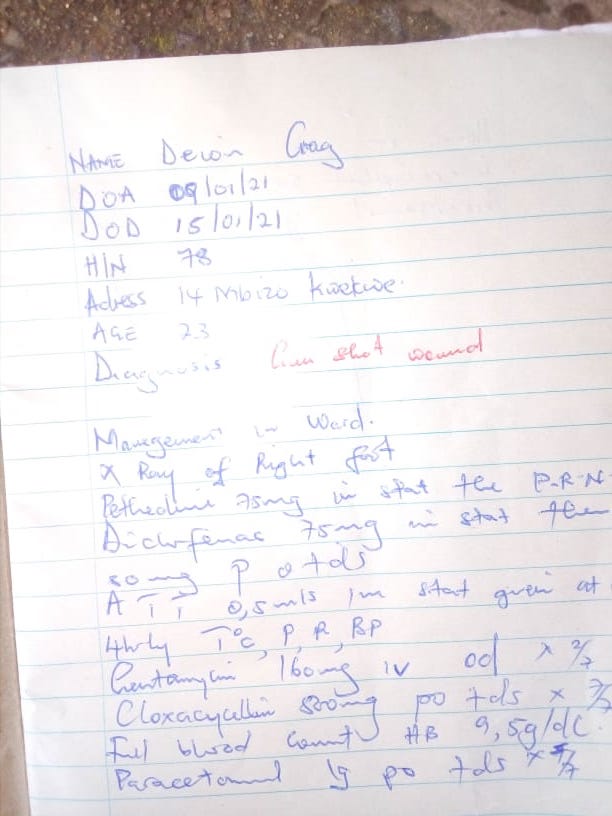