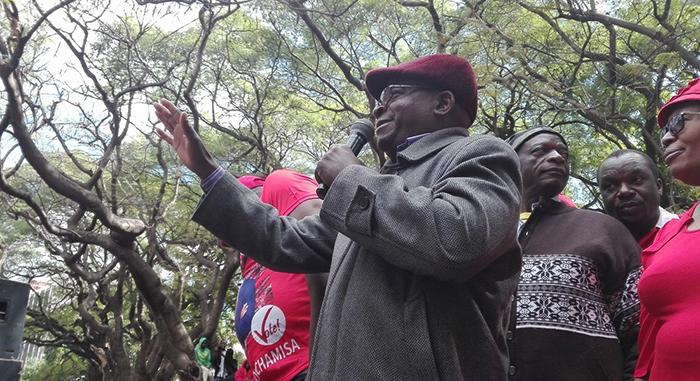 Kudakwashe Bhasikiti has said he never resigned from ZANU PF following allegations that he recently quit the MDC Alliance to rejoin the ruling party.

The former Mwenezi East legislator was kicked out of ZANU PF in 2014 on allegations of being a member of the Mai Mujuru-led Gamatox faction which was reportedly trying to remove the then President Robert Mugabe from power.

Bhasikiti announced recently that he was dumping MDC Alliance leader Nelson Chamisa arguing that his party no longer exists. He said:

I was not kicked out of the MDC Alliance but I had to quit after realising that I could no longer belong to a party which does not exist. I supported Chamisa but since he no longer has a party, I decided to leave him.

Now people are attacking my person saying I want to go back to Zanu PF but I want to tell them that I never resigned from Zanu PF.

Everyone likes the old Zanu PF which believed in the politics of gutsaruzhinji. Unfortunately, the current Zanu PF has derailed from that principle and if they mend their ways I would support them.

What I wanted was for MDC Alliance to become ideologically like Zanu PF during its founding days but they have refused.

After the 2017 military coup of 2017 which ousted Mugabe from power and scattered G40 functionaries, Bhasikiti tried to find his way into Zanu PF after pleading with the Zanu PF Masvingo Provincial Coordinating Committee (PCC) for readmission but he was turned down.