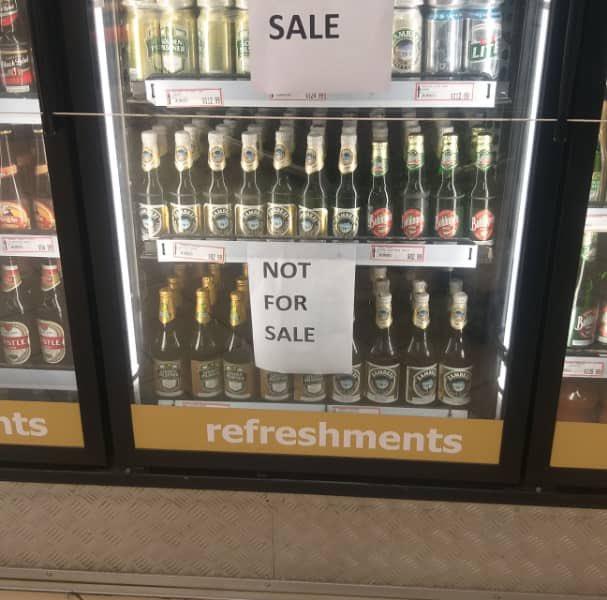 The government has banned supermarkets from selling alcohol under the Level Four COVID-19 lockdown measures which were reintroduced earlier this week.

Justice, Legal and Parliamentary Affairs Minister Ziyambi Ziyambi said Statutory Instrument (SI) 10 of 2021 means that even supermarkets are not supposed to sell alcohol.

This comes after Twitter, Facebook and WhatsApp were on Friday awash with pictures of alcohol sections of different supermarkets shutting down.

Ziyambi added that bottle stores and bars are potentially hazardous places for the spread of the novel coronavirus. He said:

The only places that were allowed to sell alcohol are hotels for their residents.

If there’s a bottle store in a supermarket it’s supposed to be closed.

The SI banned the sale of alcohol in bottle stores, supermarkets, except hotels.

Those chain supermarkets have segments, if they have a bottle store in the supermarkets they should be closed.

I think they are correct if they are stopping the sale of alcohol.

Bottle stores and bars are potentially hazardous places for the spread of Covid-19.  Generally, alcohol leads to non-compliance.

Our aim is to ensure that people comply and stay at home and we arrest new infections.

Under the new measures, only essential businesses such as supermarkets, pharmacies and banks, can remain open.

All gatherings such as wedding ceremonies or religious services are banned, with the exception of funerals, which are limited to 30 people.