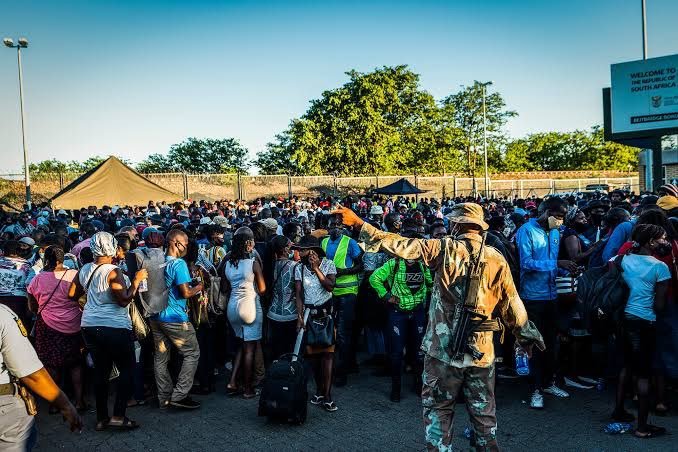 South Africa has pleaded with cross-border travellers who used the Beitbridge Port Post to enter into the country in the last four days to go for self-quarantine.

In a media statement, the Department of Health in Limpopo Province revealed that 104 COVID-19 cases were detected at the border in the last four days at a time when thousands of people were attempting to cross the border into South Africa. The statement read:

The Limpopo Department of Health is calling upon all people coming to South Africa through the Beitbridge Border Post to self-quarantine before interacting with others upon arrival at their destinations.

This is after 104 people tested positive at the port of entry during the past four days.

With thousands of people stuck at the port for days while waiting for their entry into the country to be processed, the department is worried that the events at the border are fast becoming a super spreader.

Limpopo Provincial Government’s Member of the Executive Council (MEC) responsible for Health matters, Dr Phophi Ramathuba reiterated the call for the travellers to self-quarantine. She said:

Considering the incubation period of the virus, we wish to implore those who will be crossing from Beitbridge to do the right thing and self-quarantine because they have been exposed to a potential super spreader.