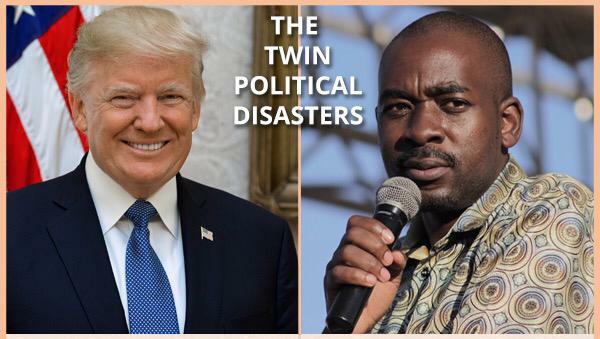 The youthful MDC Alliance leader Nelson Chamisa has addressed the photo of a comparison between him and embattled US President Donald Trump being touted by his rivals and said in the end, the will of the people will prevail. Nelson Chamisa has over the years refused to acknowledge President Mnangagwa’s presidency saying he rigged the 2018 elections.

Chamisa was responding to Infomation Ministry Permanent Secretary Nick Mangwana who had shared the photo and said:

If events in the USA are anything to learn from..it is that the will of the people will always prevail.Strong, incorruptible, professional and independent institutions are the underpinnings of any stable and durable democracy. Zimbabweans demand a legitimate people’s government.

Donald Trump incited his followers to protest at Capitol Hill on Wednesday and the protestors breached the barricades at the Capitol and went inside the premises, This is after he for the last few months refused to accept the results of the elections which were conducted on 3 November. 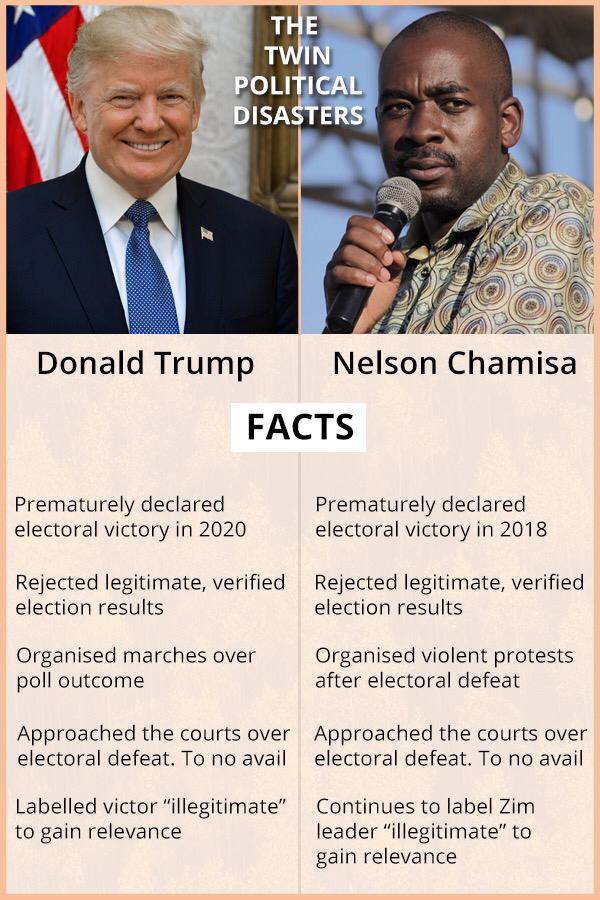