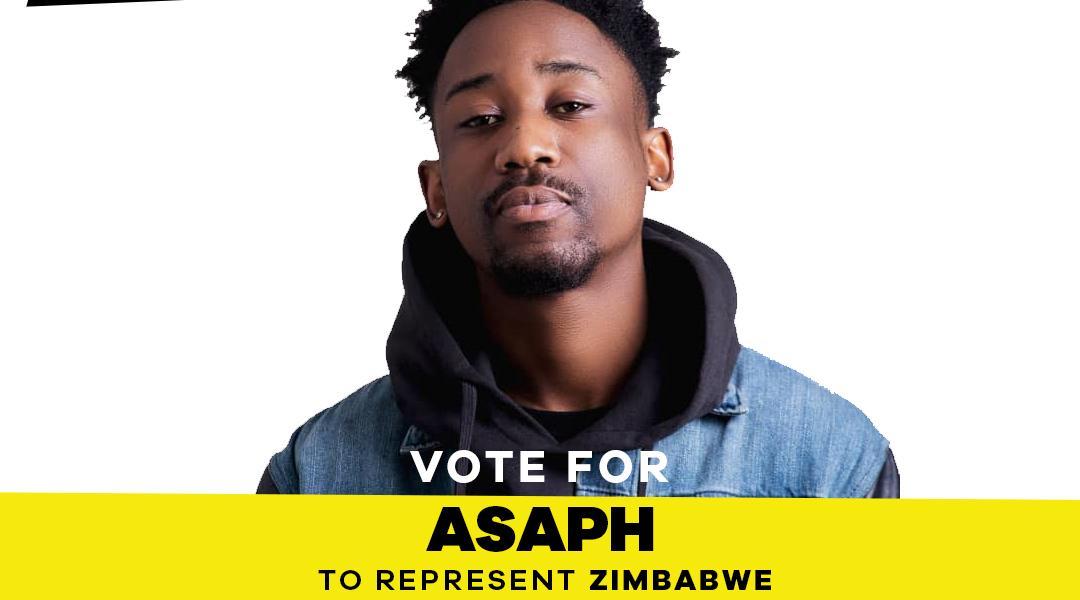 Asaph, a Bulawayo based rapper has made the MTV Africa Music Awards  People’s Choice category shortlist, the Daily News reports.

An exited Asaph said the nomination was an honor:

This is a big achievement to be on the same list with these big names. Besides just being acknowledged on this platform alone is a big deal. I am looking for votes from people and fans and encourage everyone to support me.

Asaph was shortlisted together with Gemma Griffits, Sha Sha, and Winky D and he has rallied Zimbabweans to vote for him in the upcoming awards.

In a social media post that urged Zimbos to vote for him Asaph said:

BIG NEWS!!! So I’ve been shortlisted to Represent Zimbabwe for the Listeners Choice Award for the MTV Africa Music Awards Ima need your VOTES to make it to the Final Stage
To VOTE, simply tweet #ASAPH4MAMA @MTVMamas @ZiFMStereo

This came a few weeks after another Zimbabwean artist Winky D won another international award.  Voting will close on 9 January and winners will be announced on 20 February 2021.
More: Daily News