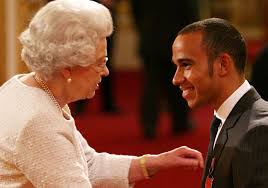 The Queen Of England on New Year’s eve knighted Formula One Driver Lewis Hamilton, CNN reports. Hamilton’s knighthood was announced on Wednesday according to the publication that also detailed his achievement and his work in 2020.

One of Hamilton’s engineers is a woman with Zimbabwean roots Stephanie Travers.
More: CNN