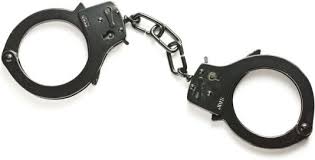 A woman from Chivhu was this week arrested after her neighbors tipped off law enforcement agents for neglecting her child who later died in hospital a day after she was arrested.

This was revealed by ZRP on Twitter which stated that the woman abused her 1 year 9 months old child by leaving her unattended without food and not changing her diaper for 3 days.

A Chivhu woman was arrested on 27/12/20 for ill treating her one year nine months old daughter. The suspect abandoned the child at home without food or being changed diapers for over three days and left her unattended.

Police received a tip-off from members of the public before rescuing the baby and taking her to a local hospital. However the minor died on 28/12/20 whilst admitted in hospital. #notochildabuse

ZRP cautioned parents to take care of their young children and always monitor their movements and reported about the case of another toddler dying after drowning in a dam in Binga:

Police continue to urge parents to monitor children as they play. A minor aged four years drowned and died in a small dam at Songwa Village, Chief Sinamagonde, Lusulu on 28/12/20. The infant was herding goats with three colleagues when they proceeded to a small dam to swim.

As the victim was removing his clothes, he slipped and fell into the water and drowned

ZRP also said cases of rape of minor children aged between 13 and 17 surged over the Christmas holiday countrywide.