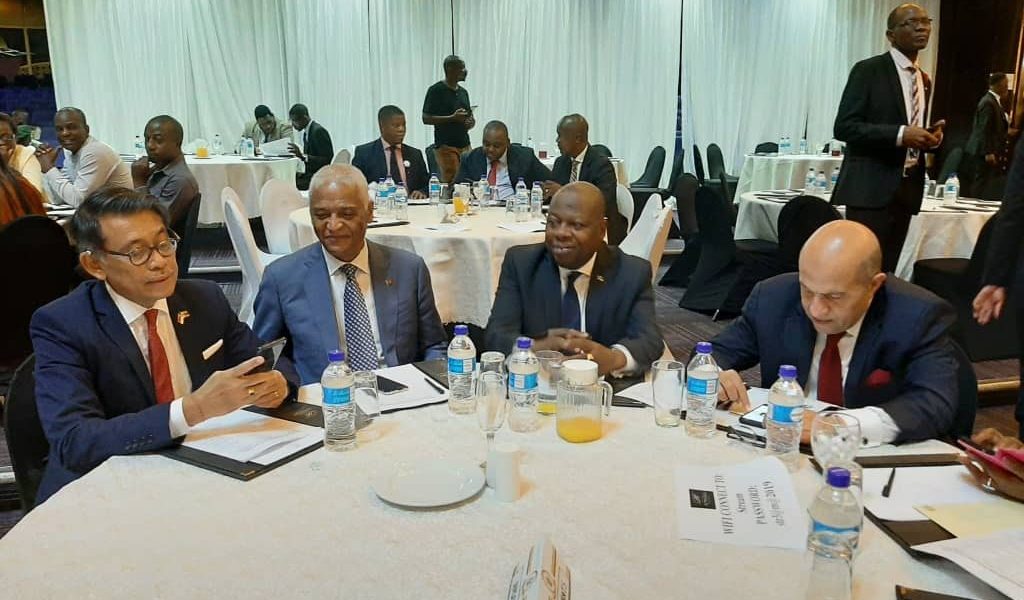 POLAD Economic Summit at the HICC

Political Actor’s Dialogue (POLAD) has recounted its 2020 successes and called 2020 an eventful year, The Herald reports. The statement released by the outfit’s co-convenors Retired Justice Selo Nare and Mrs Margaret Sangarwe Mukahanana said the recommendations placed before President Mnangagwa were already being implemented:

Despite the advent of the novel coronavirus the year 2020 has been an eventful year for POLAD, which successfully hosted an Economic Summit which came up with strategies to stimulate economic growth.

To that end, a report was produced incorporating all the recommendations which was submitted to the President of the Republic of Zimbabwe, Cde Dr ED Mnangagwa. Some of the recommendations have already started being implemented which shows the Government’s commitment in addressing the nation’s challenges.

POLAD also stated that they were coming up with political and electoral reform proposals which will be placed before President Mnangagwa soon and said:

Currently, POLAD is working on proposals on political and electoral reforms which will be tabled before Government. Moreover, POLAD also held an interface with the Ad Hoc Inter-Ministerial Task Force on Covid-19 to understand Government’s responsiveness towards combating the pandemic.

POLAD commends the measures that the Government has put in place to mitigate the spread of Covid-19 and calls upon all stakeholders to continue supporting the Government in its quest to curb the virus.

POLAD also called for national reconciliation, healing, and the removal of sanctions in the same statement:

It is important to note that POLAD continues to call for the unconditional removal of sanctions against Zimbabwe which have not only hampered national development but have resulted in untold suffering of our citizens. POLAD’s International Relations and Re-Engagement Committee has held fruitful engagements with the diplomatic community in Zimbabwe.

Further, POLAD continues to encourage an integrated approach in national healing and nation building as well as urging Government to provide safety nets for the vulnerable people in our community, particularly during this unprecedented time

The outfit was formed in May last year by President Mnangagwa and it contains all small parties that contested in the 2018 elections.