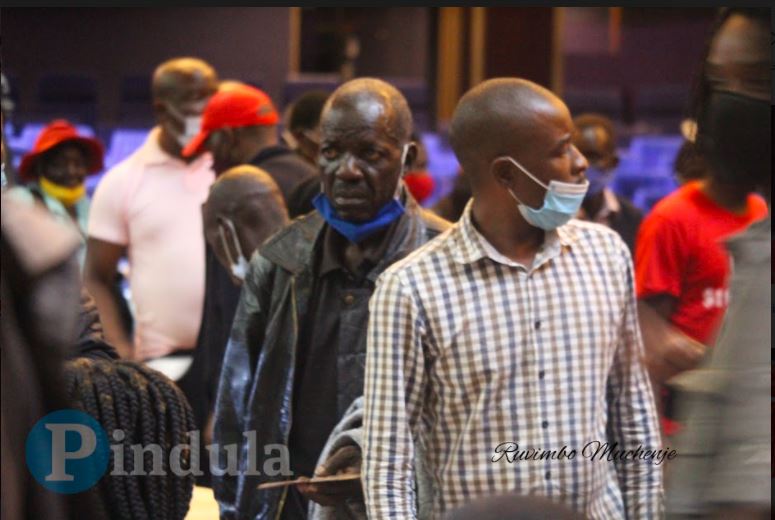 Tinashe Kairiza writing for the Zimbabwe Independent has said the chaotic MDC Congress that was held on Sunday has diminished the party’s chances of defeating the ruling party in the 2023 elections.

Kairiza quoted different analysts and politicians who commented on the congress and opined that:

THIS week’s chaotic MDC-T extraordinary congress which was controversially won by party secretary-general Douglas Mwonzora against rivals Thokozani Khupe, Elias Mudzuri and Morgan Komichi dealt the opposition a lethal blow and further diminished any chances of a formidable challenge against Zanu PF in the 2023 general elections.

The congress, which was held at the instigation of the High Court after a protracted legal battle with MDC-Alliance leader Nelson Chamisa over the identity and legitimate leadership of the MDC-T was marred by violence and allegations of vote rigging.

Before the congress, the main opposition suffered a split after the Supreme Court ruled that Chamisa was an illegitimate successor of MDC-T founder Morgan Tsvangirai, who died in 2018 of colon cancer.

Chamisa had been embroiled in a leadership tussle with Thokozani Khupe, the leader of the rival MDC-T.

Mwonzora, who is accused of misappropriating funds from party coffers, polled 883 votes out of 1 027 ballots cast. Khupe trailed at 318, Mudzuri 14 and Komichi with a yawning nine.

The results were announced by the MDC-T’s independent electoral management body. Perhaps sensing defeat, Khupe, had on the day of voting, suspended Mwonzora from his position on allegations of misappropriating party funds. But Mwonzora dismissed the suspension, which he said was null and void.

The irony of the vote, for a party which claimed to be the bona fide opposition of the country when it tussled with Chamisa for the control of the heart and soul of MDC-T, was not lost to MDC-Alliance spokesperson Fadzayi Mahere, who chided the party for mustering barely over 1 000 delegates at its congress. “Zanu PF wants to tell Zimbabweans that a party with barely a thousand congress delegates is the ‘main opposition’. A true festival of absurdities,” Mahere said on microblogging site Twitter.

Prior to the controversial congress, which has since been dismissed as a charade by Khupe, Komichi and Mudzuri, MDC-T had recalled a number of legislators who had won the 2018 Parliamentary elections on an MDC-Alliance vote for siding with Chamisa. In the process, the MDC-T, acting on the strength of the Supreme Court ruling also occupied Harvest House, which has been the party’s headquarters since its formation in 1999.

The recalling of the legislators, which was upheld by the court and Speaker of the House of Assembly Jacob Mudenda was also seen by critics as the further emasculation of the opposition by external forces, notably President Emmerson Mnangagwa’s Zanu PF.

Notably, the congress was marred by violence, which climaxed with Khupe being manhandled and a barrage of abusive rants directed at her, for a party, alongside its various offshoots, which has expressed abhorrence for intimidation and violence.

Commenting on the political circus in the MDC-T, prominent lawyer Alex Magaisa noted that the farcical congress showed that “the judicially-reconstructed entity was a political error from the start.”

“A quorum is the minimum number of people required for a valid meeting. The inquorate congress requires another congress to validate its decisions. But the mere fact that a political party is unable to summon enough people to form a quorum is a huge political embarrassment. But even then, they could not manage the small numbers. Three candidates walked out, citing rigging. As if it wasn’t farcical already, Khupe claimed to have suspended her competitor, Mwonzora, in the middle of the congress, which was marred by despicable violence aimed at her,” Magaisa wrote this week.

“The judicially-reconstructed entity was a political error from the start. Khupe abandoned her party and was lured by the promise of power in a bigger entity. But the court does not command people. She must be the only one who didn’t see that she was a mere pawn in all this.”
Magaisa warned that with the splinter MDC-T now in disarray, Zanu PF was going to be the biggest beneficiary, as Zimbabwe hurtles towards the polls due in 2023.
“Expect some skeletons to come tumbling out of the cupboards. And there are quite a few skeletons in those cupboards; the regime keeps them for moments like this when they become handy. They will be repackaged and some may soon find themselves as unwilling guests of the state.

“Unfortunately, because they (MDC-T) relieved themselves in the village well, there will be no sympathy for them among members of the public. To avoid this circumstance, they will have to fall at the feet of the regime, with a promise of obedient opposition,” Magaisa wrote.

Political analyst Alexander Rusero contends that Zanu PF, which has been preoccupied with forging a de facto one party state since 1980 will be the biggest beneficiary of the unfolding crisis within the ranks of MDC T, and the broader opposition.

“I think you have to contextualise the dynamics of opposition politics in Zimbabwe. Remember the primary focus of Zanu PF since 1980 has been the total decimation of the opposition. That has always been part of the Zanu PF national question; it is to do away with the opposition, it is to eliminate the opposition. You must consider how Zapu was walloped. Consider how Zum was decimated,” Rusero said.

Zapu was the party of Joshua Nkomo while Zum was that of Edgar Tekere, both stalwarts of the liberation struggle.

“The recent charade of Mwonzora at HICC, the seizure of party assets and firing of senators; it is a Zanu project. There is a need to rejuvenate the marriages of convenience among the opposition groups. The opposition now has more problems rocking them. If there is no climbing down of egos from opposition leaders there is nothing we can expect from them in 2023.”