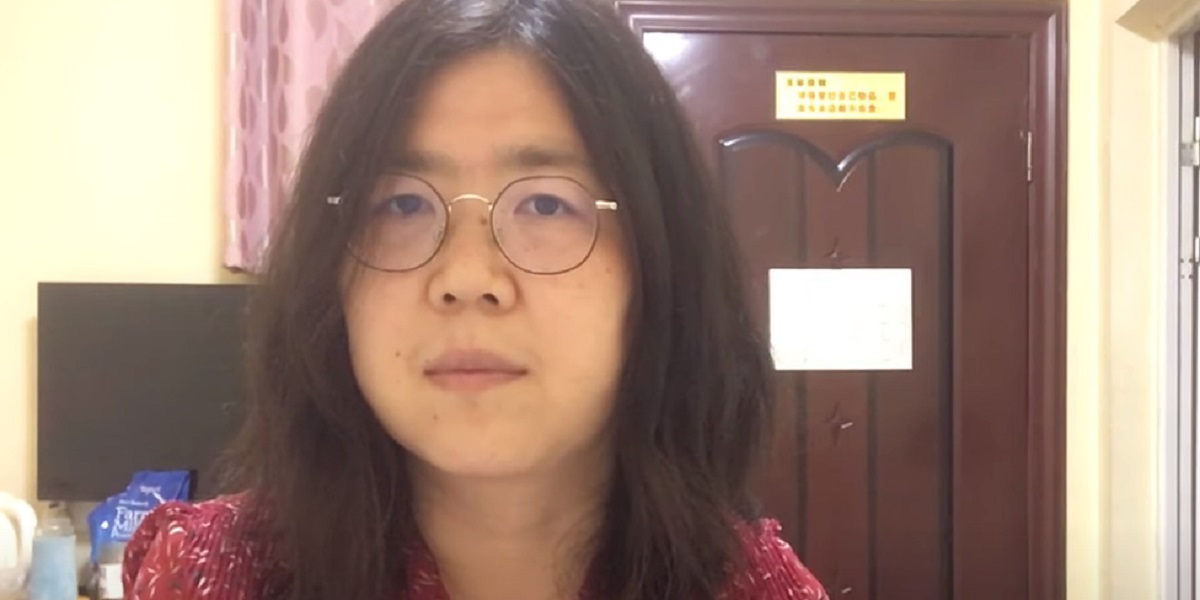 A Chinese citizen journalist, who covered Wuhan’s coronavirus outbreak story, has been jailed for four years.

Zhang Zhan was found guilty of picking quarrels and provoking trouble, a frequent charge against activists.

A former lawyer, Zhang travelled some 400 miles from Shanghai to Wuhan in early February to report on the pandemic and subsequent attempts to contain it, just as the authorities began reining in state-run and private Chinese media.

For more than three months, she documented snippets of life under lockdown in Wuhan and the harsh reality faced by its residents, from overflowing hospitals to empty shops.

She posted her observations, photos and videos on WeChat, Twitter and YouTube, the latter two of which are blocked in China.

Her postings came to an abrupt stop in mid-May, and it was later revealed that she had been detained by police and brought back to Shanghai.
According to Amnesty International, at one point during her detention Zhang went on hunger strike, during which time she was shackled and force-fed, a treatment the group said amounted to torture.
Her lawyer Zhang Keke, who visited Zhang earlier this month while she was in detention, described on social media that Zhang had a feeding tube attached to her nose and mouth.
He said her hands were tied to prevent her from removing the device, and that she suffered from constant headache and pain in her stomach and throat.

This comes as some have described China as “a jail for journalists” due to the number of reporters arrested in the Asian country.

This also comes as a number of countries, including the United States, have accused after China of not being transparent on the virus endangering many lives.

The virus was first reported in China in December 2019 but some believe the virus had started way back adding that Chinese authorities could have been concealing the information about it.

China at some point suggested that the coronavirus could have started in Italy and that theory was rekindled recently after reports which suggest that a Milan boy who had no travelling history tested positive for the novel virus as early as November 2019.