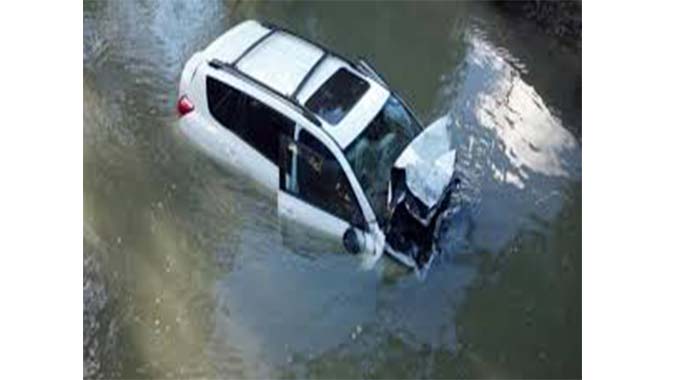 Three passengers, including a minor, onboard a pirating Toyota Noah drowned when the vehicle was swept away by a flooded river in Zvishavane over the weekend.

According to acting police spokesperson for Midlands Province, Assistant Inspector Ethel Mukwende, the incident occurred on Sunday around 6 PM at Mutorahuku River near Kashamba Primary School just outside Zvishavane.

The Toyota Noah had 10 people on board including the driver who attempted to cross the flooded.

All the people managed to disembark from the vehicle through the windows but while the driver and the other 7 passengers swam to safety, the three drowned. Said Asst Insp Mukwende:

Police in Zvishavane are investigating a case in which three passengers drowned after the driver of a vehicle they were travelling in tried to cross a flooded river.

The incident occurred on Sunday at around 6 PM at Mutorahuku River near Kashamba Primary School on the outskirts of Zvishavane.

… Circumstances are that on the said date one Cornelius Manduku (48) of Village Runyararo under Chief Jahana in Insiza was driving a Toyota Noah from Zvishavane on the way back to Insiza with 10 passengers on board.

Upon arrival at Mutorahuku River near Kashamba Primary School, they found the river flooded.

The three, Manduku, Makwa and Mudhonga got out of the car through the windows and unfortunately drowned, while the other seven passengers and the driver managed to swim out of the flooded river.