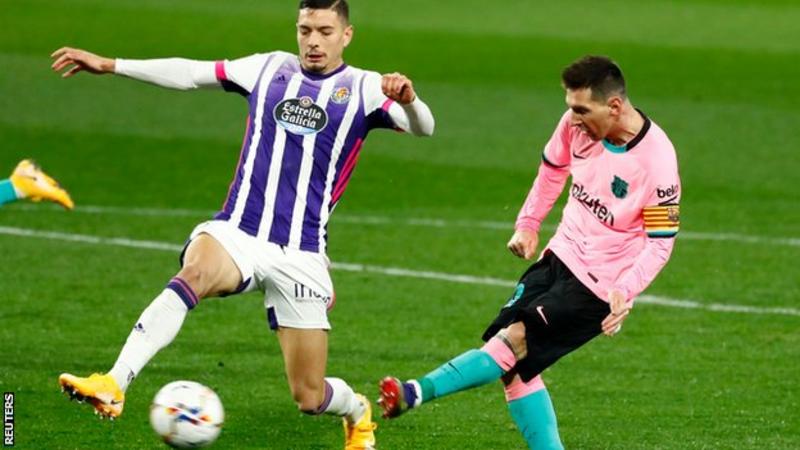 Lionel Messi scored his 644th goal for Barcelona during his side’s victory over Real Valladolid to break Brazilian legend Pele’s record of the most goals for one club.

I a post on Twitter, sports broadcaster Gary Lineker said to beat Messi’s 644 goal record, someone will have to score an average of 43 goals a season for 15 years… for one club.

Messi is considered by some footballer pundits and fans the G.O.A.T, the greatest footballer of all time.

Meanwhile, Barcelona beat Real Valladolid 3-0 at the José Zorrilla Stadium and are now 5th on the log standings with 24 points.

Atletico Madrid are top of La Liga on 32 points while Real Madrid are second with 29 points.

Both Real Madrid and Barcelona have played a game more (14) than Atletico Madrid (13).