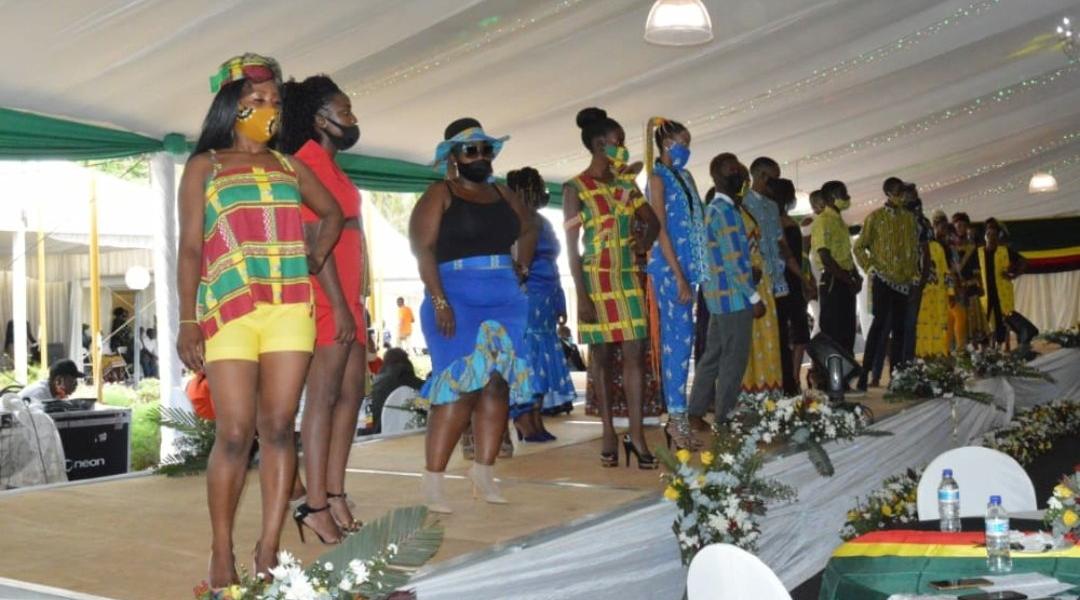 Twimbos have reacted to the national dress which was launched by the First Lady Auxillia Mnangagwa today under them My Zimbabwe, My Identity, My Pride. The event according to Harare Times was said to be a step towards the immortalization of Africa according to President Mnangagwa

Here is what Twimbos said:

A Sadza Eater who is not going to buy the dress, who never bought even a National Team soccer jersey is angry #NationalDress

The idea of a national dress is very good. However, the selection process must have been removed from ZANU PF and made transparent and even participatory. Already what we are seeing looks like ZANU PF regalia for their national Congress. We need something to unify us.

This is wonderful!!! Because of this national dress the sanctions will be removed and investors will flock to Zimbabwe! Our hospitals will have medicines and state of the art machinery! The agricultural output will boom!!!! Nxaaaaa!!!!

Hopeless old people, can’t imagine  @KirstyCoventry has decided to tarnish her reputation in this embarrassing way, there is no national dress where @edmnangagwa say #VoteZanuPF its a @ZANUPF_Official  thing pfekai mega

Why is the president wearing party regalia on such an event? Was he not supposed to wear the national dress fabric? Besides that thing is ugly, an embarrassment just like the statue

This was somebody’s money making scheme. They did not mean to launch a serious, unifying national dress. Someone just needed an excuse to cash in. Here we are.

The things that Mnangagwa’s regime and ZANUPF take seriously are breathtakingly embarrassing and comical. 24 Zimbabwean citizens died in August alone at Parirenyatwa Hospital because the dialysis machines were down. Yet ZANUPF spends time investing in comical stuff like this

This is Zimbabwean Minister @KirstyCoventry at the national dress launch today in Harare. After Gvt poured money into this, women and babies are dying giving birth at public hospitals. This launch is happening in the middle of a pandemic, there are no drugs in public hospitals.

Hideous, Face vomiting, And to think that someone’s probably going to get paid for those designs.. #Zhetology #NationalDress #Zimbabwe

As far as the national dress is concerned, as your ever loving Dictator, I would not bother with a national dress. I’ll however instill in everyone a uniform national work ethic & ensure that everyone everywhere actually gets to work & deliver results. Excellence in everything

These are designs a local designer made. I’m not saying this should have been what the national dress looks like, but TO ME it looks more appealing than what I’ve been seeing.

Pane ane Luis Vitton belt pa #NationalDress ipapo…. so how is it our culture when its diluted like that????

-The National Flag colours are there,

-The Zimbabwe Bird is there

-The Chevron Pattern is there

I think it ticks all the right boxes

National dress for what? What we need are solutions to this economic crisis we are in. Zvehembe izvo is so kindergarten. Away, away, away!

The crazy idea of a national dress designed through a government process, led by a first lady was rejected decades ago. Auxillia Mnangagwa does not have the gravitas to resuscitate it!

Twimbos React To The National Dress