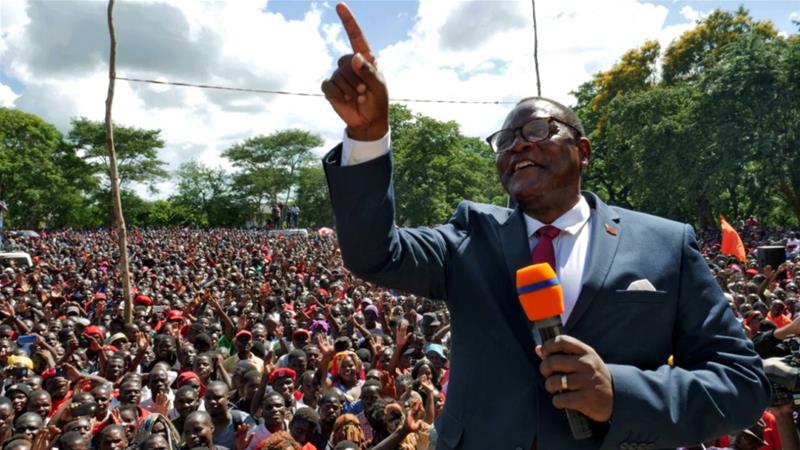 Malawi has been named the country of the year for “reviving democracy in an authoritarian region” by the Economist newspaper.

The Economist cites the nullification of the 2019 election by judges who cited irregularities and ordered a rerun that was won by the 65-year-old Lazarus Chakwera after he secured 58.57 per cent of the vote beating the incumbent Peter Mutharika. The Economist reports:

The vote-count was rigged with correction fluid on the tally sheets. Foreign observers cynically approved it anyway. Malawians launched mass protests against the ‘Tipp-Ex election.

The publication also says Freedom House’s report that democracy and respect for human rights regressed in 80 countries between the start of the pandemic and September but only improved in Malawi.

The Economist further reports that although Malawi is still poor, its people are treated as citizens, not subjects.

This comes after reports of gross human rights violations in Zimbabwe, a claim which the state denies.

Zimbabwe’s opposition and human rights defenders claim the state has been infringing human rights by kidnapping and torturing government critics.

Authorities, however, say the allegations are being raised by individuals sponsored by “the enemy of the state” to soil the image of the Southern African country.