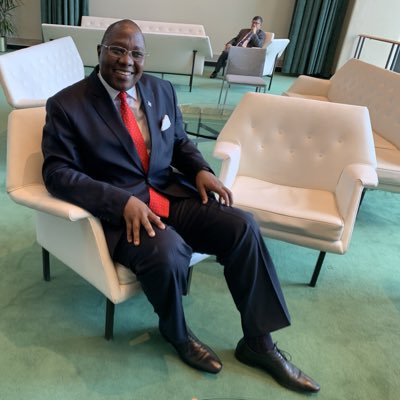 Reports coming from the Kingdom of Eswatini indicate that The Prime Minister of Eswatini Ambrose Dlamini died today, a few weeks after he tested positive for the novel coronavirus, Times Live reports.

The news of Ambrose Mandvulo’s death was confirmed by the kingdom’s deputy Prime Minister Temba Masuku who released a statement that stated that:

Their Majesties have commanded that I inform the nation of the sad and untimely passing away of His Excellency the Prime Minister Ambrose Mandvulo Dlamini. His Excellency passed on this afternoon while under medical care in a hospital in South Africa.

Masuku promised to keep the nation updated on the subsequent arrangements.  Masuku reportedly said Dlamini was moved to a South African hospital on 1 December and his condition was said to be stable when he died. Dlamini became the kingdom’s Prime Minister in 2018 a position he held till his death. 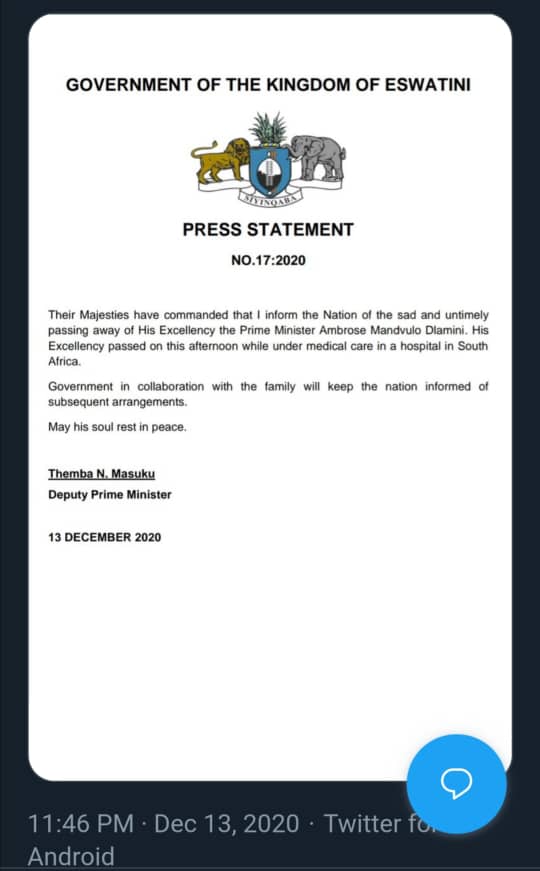