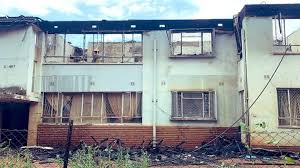 Space barons are reportedly collecting rentals from the city’s unaccounted properties, The Herald reports. The matter came to light when a council-owned Belvedere flat was gutted by fire and tenants revealed they were paying rentals to individuals and not to the city fathers.

According to the publication, tenants who were residing at the council-owned 12 apartment Chirundu block of flats in Belvedere, have allegedly been paying US$150 monthly rentals to an alleged UK based space baron for 10 years.

Of all the apartments only two belonged to council. We are still investigating their occupancy because they were also engulfed by the inferno.

We are actually inviting all people renting council properties from third parties to visit our offices and have their occupancy regularised. The properties include houses, apartments and business premises.

A council report early this year urged the city fathers to audit the council’s properties to deal with irregularities that include space barons:

Some leased and rented properties of council were illegally being sublet. The sub-tenants or occupiers held no lease agreements with council.

The databases at district offices are different from information on the ground. District officers do not have control over lease of properties and were not following up on the same.

This comes a few weeks after it emerged a Harare City Council official transferred money into his personal account to buy a top of the range vehicle.