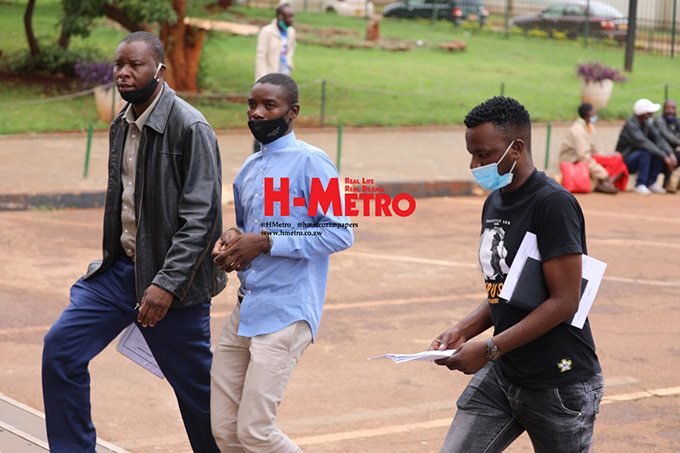 A Mushikashika tout appeared in court on Monday facing murder charges after he reportedly slapped and kicked a senior citizen to death in High Glen in September.

Chiyangwa had parked his Nissan truck at PBC garage so that it could be serviced by his nephew Tendai Mugugu as he walked to Mashwede Complex to buy lunch between 3 and 4 pm on the fateful day.

As he walked back to his car, Chiyangwa was approached by a yellow Toyota Hiace without registration plates where Chauke was touting for customers while hanging at the back of the kombi.

Chauke reportedly then asked Chiyangwa whether he was going to Kuwadzana and a misunderstanding arose between them before Chauke slapped Chiyangwa who fell to the ground.

Chauke then went on to kick Chiyangwa on his neck whilst he was lying down and the former jumped back into his kombi and fled from the scene after he realised that his victim had become unconscious.

Police officers from Glen Norah attended the scene and Chiyangwa’s body was ferried to Parktown Hospital where he was announced dead upon arrival.

Chauke was not asked to plead when he appeared before Harare magistrate Judith Taruvinga who remanded him in custody to December 21.

He was advised to apply for bail at the High Court.

One Comment on “Kombi Tout Slaps Senior Citizen To Death”