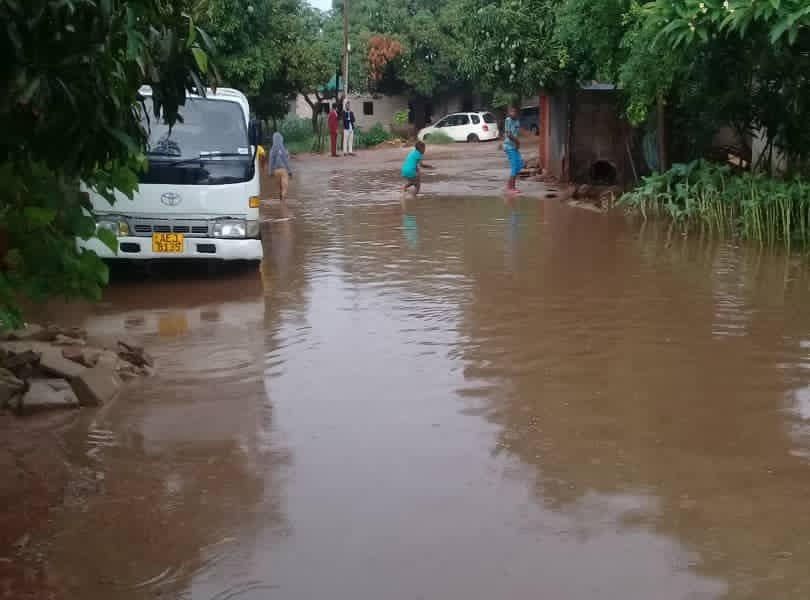 Victoria Falls residents lost groceries and some property following flash floods in the town caused by heavy rains on Saturday and Sunday.

The problem of floods was exacerbated by the town’s poor drainage system especially in ward 11 in Mkhosana suburb where there are few storm drains and water flows on the surface whenever it rains.

The few storm drains in Victoria Falls were blocked due to random littering as garbage including diapers, plastic bottles and papers find their way into the town’s drainage system.

People were stuck indoors as they could not go out of their houses which were literally marooned.

Ward 11 councillor Edmore Zhou said they were not prepared for the floods as this has never happened in the town before. He said:

The situation is bad and this has never happened hence no one was prepared.

We visited some of the affected places and the challenge is the drainage system which needs fixing.

Our biggest problem in Mkhosana is the gradient which doesn’t allow water to flow down to Chinotimba and all the rainwater drains towards VID side and houses in the area get flooded. There is a need for storm drains.

Commercial beef FQ Cuts
US $3.65 Harare
🧱 Building Material Available in and around Harare
US $124.00 Harare