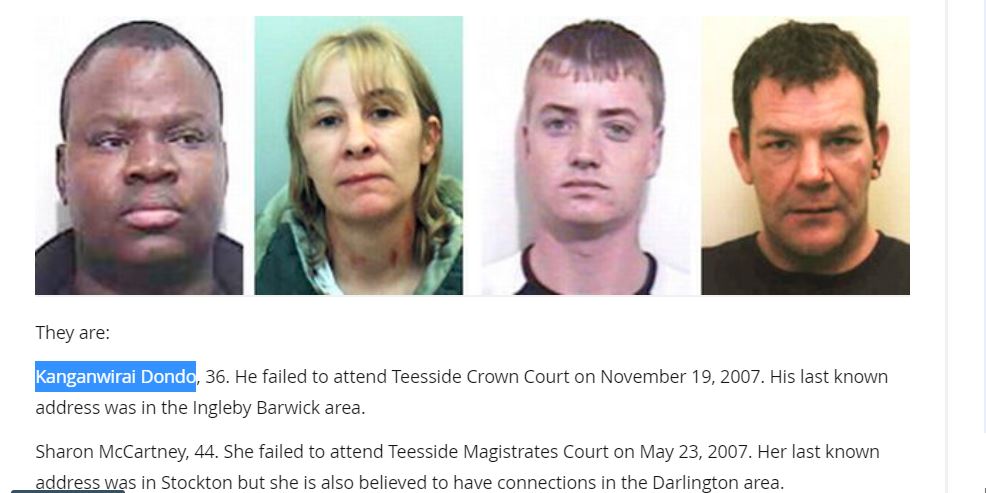 Impala Car Rental CEO Mr. Thompson Dondo sat down and spoke about the storm that was brewed by the abduction of a young man Tawanda Muchehiwa who was abducted by suspected state agents using an Impala car rental vehicle, All Africa News reports.

Since the abduction storm, Impala car rental has become infamous as people associate it with abductors, and investigative journalists have revealed that the company is alegedly owned by law enforcement agents and the CEO is allegedly a wanted man in the UK.

Speaking about the issue of him possibly being a wanted fugitive and why Impala Car rental did not disloce the name of the people who hired the vehicle that was used to abduct Tawanda Muchehiwa, Dondo said:

Before I answer your question, let me tell you this – I am generally a very quiet person. I don’t like the limelight. I don’t want everyone to know that I am the owner of Impala Car Rental. And I don’t even want talking to the media, but the attacks on my person and on my business have left me with no choice but to speak out. I can’t let the nonsense go on and on as if I have something to hide or something to be afraid of.

Now back to your question. From the onset, I need you to know and understand that the majority of the people who are attacking me and my business are struggling political activists. One of our cars was hired by some individual and we have already supplied the name of this individual to police. After hiring our car, allegations are that this individual went and committed a crime. We were then challenged to provide details of this person because the vehicle that was used in committing this crime was hired from us. We didn’t try to hide anything. We accepted that indeed this was our vehicle but we couldn’t disclose the name of the person who had hired the vehicle to people on Twitter and Facebook.

Dondo said in not disclosing the name of their customers who hired the vehicle they were not hiding anything:

We don’t run our business like that and I don’t think there is any business out there that is run like that. These people wanted us to divulge the name of the person who had hired the car on Twitter and Facebook. Business law and ethics don’t allow us to do that. We are a professionally run business and we don’t dance to the tune of faceless people on social media platforms.

When we were asked to facilitate investigations into the matter, we handed all the required documents pertaining to this matter to police. I am not Paul Nyathi, the police spokesperson. I can’t speak on behalf of police. Anyone who wants any information regarding this issue should go to the police and not Impala Car Rental. We respect the country’s laws and we did what we were supposed to do according to the law.

Dondo said they did not delay to hand over the information to the authorities either:

Took long according to who? Twitter? Facebook? No, that’s not how we operate. Can you imagine you as a journalists you start revealing names of your sources to every Tom, Dick and Harry? Or a doctor who rushes to reveal names of his or her clients just because Twitter or Facebook has pushed him or her? Is that ethical? Who will take you serious?

For your own information, we didn’t take long to look into the matter. The story started circulating online on a Friday and the next Monday I went to police. I personally went to police and told them that I had not yet received any complain regarding the issue. I reported that there was this issue because I wanted to be in the clear as police is the one that has the mandate to investigate such issues. The police then came and took all the documents pertaining to the matter so as to investigate the issue.

Dondo took a jab at Mduduzi Mathuthu whose nephew is in the midst of the abduction storm and said he could have handled the issue differently:

Mathuthu wanted me to say the person who did this is so and so. I couldn’t do that. That’s why he is angry with me. He thinks I know another person besides the name I gave him. He thinks I should have said something else

I have a 22 year old son and I do feel pity for the young lad but well what do you expect if you have an elder like Mathuthu? Mathuthu could have handled this issue in a sober way away from the social media. I really feel sorry for Muchehiwa and I hope this matter is dealt with in such a way that he continues with his normal life. He deserves better than being used and abused on Twitter and Facebook for selfish gains. It’s pathetic.

Muchehiwa’s lawyers brought summons here and we responded. When my lawyer went to court, he was then told by Muchehiwa’s lawyer that the young man was no longer in the country and so the matter has collapsed. I don’t know what that means as far as investigations are concerned by as for the case between Impala and Muchehiwa, hapasisina nyaya apa. Muchehiwa’s lawyer actually said let’s close this case.

Dondo said he chose to speak now because the negativity is too much:

The negativity is just too much. The nonsense against us is just too much. We are fed up. I am sure you saw the story about us that came out in The News Hawks. Utter rubbish! Lies upon lies by people with no shame at all.

They lied that this company is owned by CIO and so on yet its public record that this is a family business that has two directors – my wife and my sister. They went on the lie even about my national identity number. What for exactly? Why go to such lengths to cook stories, cook facts and cook figures? Kuti zviite sei?

I felt this bullshit has to stop. I can’t continue keeping quite as if ndiri kuvatya or as if I have anything to hide. I am an honest businessman trying to make a living, why fabricate stories against me?

What is even more sickening is that recently these political activists took aerial pictures of my company using a drone. The lengths at which they are doing all this shows shocking desperation. You never know what else such desperate people are capable of doing. This is now a threat to my life, family and my company.

They got into my premises without my consent. What is it that they will do next? We reported this matter to police and investigations are already underway.

Speaking about the story that was published by The News Hawks about Impala Car Rental being owned by the CIO, Dondo said the story was not true:

I know that the people behind The News Hawk – that is Dumisani Muleya and Malaba are close friends with Mathuthu. So it’s Mathuthu who is feeding them with all those lies. He has been overdoing it and this is just one of his several strategies. Just the tone of the story and the lies in the story can tell you it’s the same old story sold to this publication.

We have reported the matter to police because these journalists forged so many things in that story. Can you imagine they forged our CR14? It’s criminal what they did. We are also suing them. Impala is not a punch bag for disgruntled political activists hiding in newsrooms. We won’t allow that.

Lastly Dondo addressed the story of him possibly being a fugitive in the UK and said:

This isn’t news anymore and I haven’t hidden anything about this story. Way back, Malaba and others wrote this story and I wonder why some journalists still think this is the kind of story that can freak me out.

While in the UK, I had a business where I would employ Zimbabweans. Some of them later got arrested because they didn’t have proper documentation. It was discovered that they were illegal workers. These people went to court and agreed that indeed they were in the UK illegally.

As their employer I was blamed for employing illegal workers. The authorities thought I was bringing these people from Zimbabwe to the UK, yet I would employ them while they were in the UK already. The authorities didn’t understand how things work and they said this was human trafficking. It’s not like I facilitated these people’s departure from Zimbabwe – they went to the UK using whatever means and I only employed them while they were in the UK.