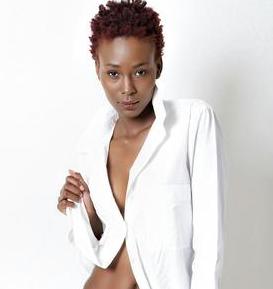 24-year-old Sakhile Dube was on Tuesday night crowned Zimbabwe Miss Tourism at The Venue in Avondale, The Herald reports. Dube who was competing for the title together with 11 other beauty queens received a cash prize of $500 and other prizes from other sponsors.

According to a publication at the pageant that was streamed live on social media:

Bhebhe received US$300 in price money, Nkomo received US$200 for being the second princess and US$100 for the Miss Personality crown.

Speaking about her journey to becoming Zimbabwe Miss Tourism, the newly crowned queen said she has participated in fashion shows in South Africa and Italy:

I have always been a runway model. I tried to enter into a beauty pageant in 2017 as I participated at the Miss Zimbabwe World, but did not make it. I haven’t taken part in any pageant after that, but I would like to announce that I am back on stage.

I am happy to win this title and perseverance pays, now I am representing the country and hope to bring the crown home. I took part in fashion shows in Milan (Italy) and South Africa in 2017

The new Zimbabwe Miss Tourism will next month represent Zimbabwe at the tourism international pageant in China. Miss Tourism was last year canceled after models were involved in an accident.

One Comment on “Zimbabwe Miss Tourism Crowned, Gets $500 In Prize Money”