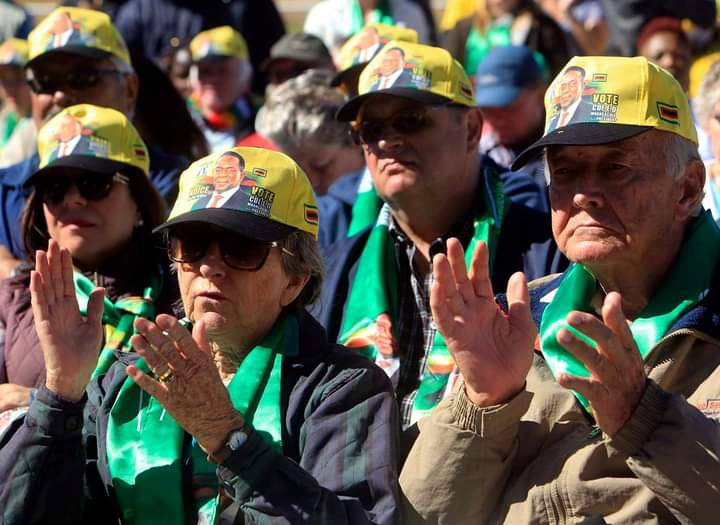 Former Finance Minister (GNU era), Tendai Biti has claimed that white commercial farmers are quietly returning back to their farms where they are renting the land from “non-productive African beneficiaries who have failed to utilise it.”

Zimbabwe embarked on the chaotic land reform program two decades ago and many white farmers lost their farms, yet, the bulky of those who took over the farms are failing to use the land to full capacity.

This has resulted in the country failing to produce enough grain for consumption let alone export.

Biti said a brief study on the land reform programme showed some evicted white farmers were returning back to their former farms under individual lease agreements with the new African farm beneficiaries. He said:

A cursory study of the land reform process shows massive and existence of leases of acquired land to former white farmers.

Mashonaland West and the Midlands provinces have the highest number of white lessees. That being the case, the land reform is now a joke. The creation of black land-owning rentier class whose sole function is to extract rent from land is a negation of land reform programme.

It is a true reflection of how lost and how vacuous Zanu PF under (President) Emmerson (Mnangagwa) has become. This parasitic class of landlords must be expunged.

Biti went on to call for an urgent land audit to flush out unproductive farmers while also demanding that landowners should be issued offer letters.

He added that it was imperative that the beneficiaries of the land reform pay and fund the US$ 3.5 billion in compensation to whites.

Biti speaks as the government has resolved to pay US$3.5 billion to former white farm owners as compensation for improvements made on the farms.

The move has infuriated various stakeholders who believe the compensation will adversely affect the broke Southern African country’s efforts to revive the collapsed economy.