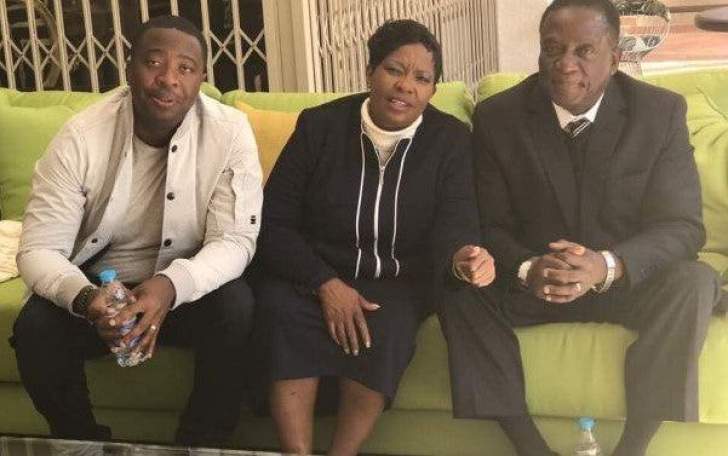 Ironically, the stadium was closed to Warriors fans and even members of the media as a measure to curb the spread of the coronavirus pandemic.

Speaking to ZimLive, a sports journalist who watched the match on TV expressed his anger over the authorities’ decision to allow the president’s son into the stadium. The anonymous journalist said:

He’s not a football stakeholder but there he was, watching the game inside the stadium. It’s one rule for the Mnangagwas and another for all other Zimbabweans.

ZIFA spokesman Xolisani Gwesela defended the presence of Mnangagwa’s son saying they were allowed adding that they also had Algerian guests. Gwesela said:

We are allowed, as an association, to have up to 200 guests at CAF matches. We invited various football stakeholders including our board members and councillors, but even then our guest list did not go over 70, including the President’s son.

Emmerson Jnr, who was allowed together with a bunch of friends, is a business associate of the millionaire tycoon Kudakwashe Tagwirei.

They cheered the Warriors from the terraces.