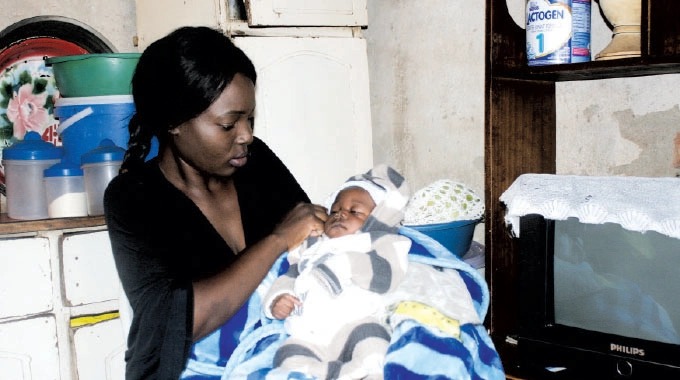 The mother of a month-old baby boy who was recently kidnapped at Montagu Shopping Centre in Harare before being rescued by police said she feared her son had been killed for ritual purposes.

Shani Charamanda of Dzivaresekwa Extension met Miriam Bwanali who masqueraded as a Good Samaritan on October 22.

Bwanali allegedly introduced herself to Charamanda and offered to help her with carrying baby, Tamiranashe before she escaped with the child while its mother was in the shop. Charamanda had this to say:

I first met the lady at Parirenyatwa (Group of Hospitals) and she claimed to know me from somewhere. I responded that her face was familiar too.

She claimed that she lived in DZ Extension and that she was a prophetess, and I believed her.

On the way, she (Bwanali) offered to carry the baby and initially I refused but she insisted that she meant no harm to the child since she was a prophetess.

At the shopping centre, I didn’t find the items that I wanted, but she took some diapers from the shelf and gave me a US$2 note to pay.

She asked to go outside the shop to allow the baby to get some fresh air. I reluctantly agreed and for a while, I kept her and the baby within eyeshot.

But just after making payment, I noticed that she had disappeared.

Charamanda further revealed that a nurse who happens to be a family friend raised suspicion after attending to Bwanali and the baby at a hospital in Zvimba.

The baby was rescued by police 12 days after the alleged kidnapping but Bwanali managed to escape and is now a fugitive from justice.