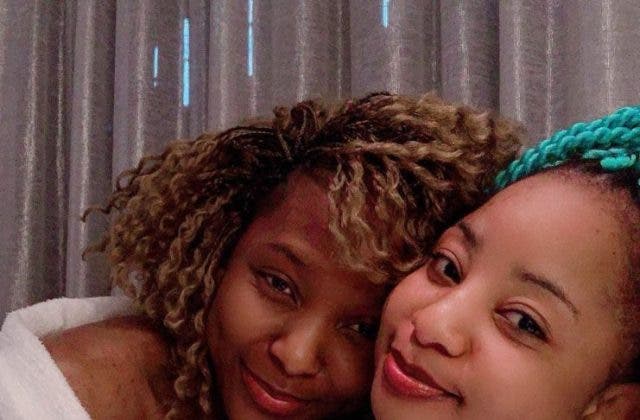 Tatenda Gudza, younger sister to the late Mitchelle “Moana” Amuli, said her sister started behaving strangely after Genius “Ginimbi” Kadungure came into her life a year ago and her family vainly tried to extricate her from the controversial businessman’s clutches.

Speaking to the Daily News at Moana’s funeral wake in Highfield on Tuesday, Gudza said Ginimbi was possessed by evil spirits and her sister was a mere victim. She said:

I never admired Ginimbi’s lifestyle, but I ended up faking it for the sake of my sister.

He (Ginimbi) was someone possessed by some (evil) spirits. My sister was just a victim of … just imagine how their lives ended.

We visited the accident scene and we are still puzzled. There were no skid marks on the road or any sign that Genius had indeed tried to save the people in his car.

For instance, she (Moana) distributed the bulk of her belongings to us (the family members) some months before her death.

In all this, we were in the dark and now we are beginning to understand what it all meant.

We asked her about it and she told us she was relocating to South Africa, saying chances of her staying in Zimbabwe were almost zero.

Gudza further revealed that it was bizarre that at her 26th birthday party at Ginimbi’s Dreams Night Club, Moana’s birthday cake was in the form of a human body.

Added to that, Moana chose to eat the “heart” part of the cake, saying she was just interested in eating her heart “just for fun”.

Moana’s birthday was on Friday, but the celebrations took place on Saturday night, a few hours before her death on Sunday morning.

She was one of three passengers in Ginimbi’s Rolls Royce from which the flamboyant 36-year-old was pulled out alive moments before it burst into flames.

The crash occurred hours after Moana had celebrated her birthday with Ginimbi, with Gudza among the guests.

Moana is survived by both parents, a seven-year-old daughter and two siblings – Tatenda and Tashinga Kundiona.

One Comment on “Tatenda Blames ‘Possessed’ Ginimbi For Corrupting Moana”