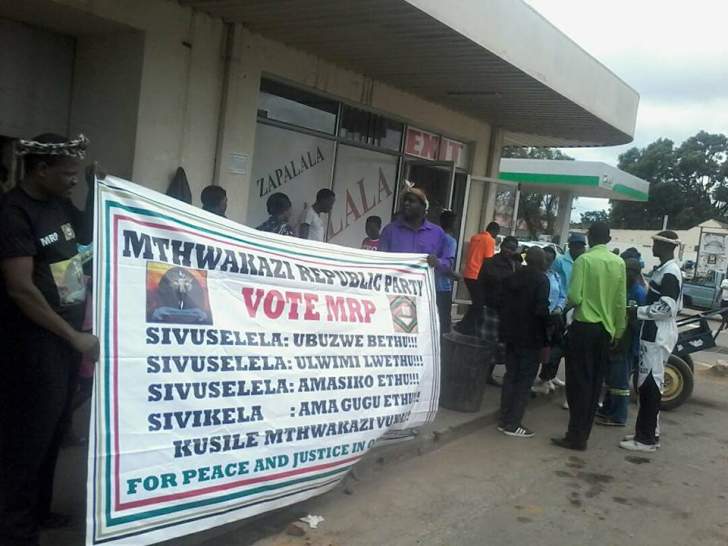 A Matabeleland-based secessionist movement, Mthwakazi Republic Party (MRP) has demanded the immediate departure of a number of individuals of Shona origin from the region and for them to be replaced with people from Matabeleland.

In a statement on Saturday, MRP also alleged that 17 out of a total of 29 MDC Alliance councillors in Bulawayo were of Shona origin saying this exposed the corrosive extent of colonisation of the region by people from Mashonaland. The statement read in part:

The following people (names listed) among many SHONAS deployed in our region must LEAVE NOW. They must make way for our sons and daughters who equally need work.

As Mthwakazi Republic Party (MRP), we are calling upon all our people to join hands and chase the following people from our region in the spirit of DEVOLUTION.

… In addition to those, we have 17 out of a total of 29 MDC imposed Shona councillors in the city of Bulawayo.

The party accused traditional leaders in Matabeleland of having been bribed by the government to allow Shona administrators in the region while their subjects are wallowing in poverty.

The group has often been criticised for alleged tribalism and hate but it has insisted that it is not tribalistic and is only pushing for devolution of power.

MRP contested in the 2018 general elections, fielding candidates in the Matabeleland region only but performed dismally.

2 comments on “MRP Demands Expulsion Of Shona Administrators From Matabeleland”