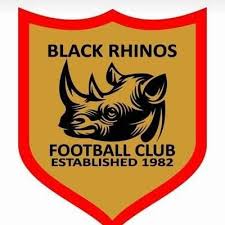 The accident reportedly also claimed the life of a woman who was in the car with Muchinda and his teammate and colleague  Gift “Shaft’’ Makoni was seriously injured in the accident and he is said to be in a critical condition in the hospital together with yet another female passenger who was in the car.

61-year-old Leslie Kamuyoyo survived by his wife and 4 children, Mourners are gathered at No. 3880 Chipere Close, Budiriro 2 in Harare.

The Herald published a short bio about the late star which states that Kamuyoyo was born in Mbare and he was part of the Black Rhinos squad that won the PSL title in 1984:

…Was part of the Rhinos squad that won the League and Cup double in their maiden year in the top-flight league in 1984.

He joined Rhinos from BAT Ramblers where he was the team’s playmaker at the end of the 1982 season.

He accomplished this feat in a 1981 Castle Cup first round match against Dynamos at Gwanzura after he beat the country’s leading ‘keeper Japhet Muparutsa.

That match ended in a 2-2 draw before Ramblers lost the replay 3-1.

He was also part of the Rhinos squad that reached the quarter-finals of the then African Cup of Club Champions in 1985 where they lost to Senegalese top side US Goree.

After he hung up his boots, in the early ‘90s, Kamuyoyo had various coaching stints with the army teams around the country.

He was a self-anointed story teller whose favourite topic was “The Black Rhinos Sound of Music” where his voice would rise in pitch as he developed his narration about the side’s classic encounters.