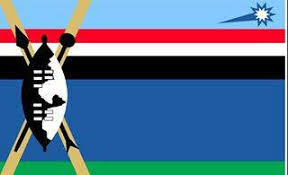 Mthwakazi Liberation Front(MLF) has castigated Zanu PF Secretary for administration Obert Mpofu who they accused of lying that he wants the Ndebele people to forgive and forget Gukurahundi because he wants peace while his true motive is to avoid jail.

MLF in a statement published by Bulawayo24 said Obert Mpofu is a Shona man hiding behind a Mthwakazi surname, they even accused Mpofu of grabbing livestock belonging to Mguza villagers. MLF said:

It does not matter that Obert Mpofu hails from and or identifies himself with the Mthwakazi people but he is the other person to be tried for the gruesome massacres of Mthwakazi people during the Gukurahundi era. Obert did not say Mthwakazi people should not forgive and forget because he really wants to see peace between Zimbabwe and Mthwakazi but because he wants to escape jail. Slowly but surely all those who had a hand in the killings of our people are all starting to come to the surface.

Mpofu is not a sellout as many label him but he is truly a Zanu PF spy and a Shona by origin who is hiding in Mthwakazi surname, whose duty is to spy on Mthwakazi and loot her resources. It is the reason why he was Zanu from birth and the reason why his family moved from around Tsholotsho/Nyamandlovu to Jambezi among the Nambya people. After realising that its origins had been uncovered, it had to move to Jambezi where the Nambya people would mistake it for Ndebele people.

Without shame Obert lies that Gukurahundi survivors understand that the thorny issue was resolved by the signing of the 1987 Unity Accord. We wonder if he can point to the article of the Accord that sealed the Gukurahundi issue. As MLF, we warn Mpofu that his day is coming. We are even aware of the act of him grabbing by force Mguza villagers’ livestock that enters his farm. He will pay for all that.