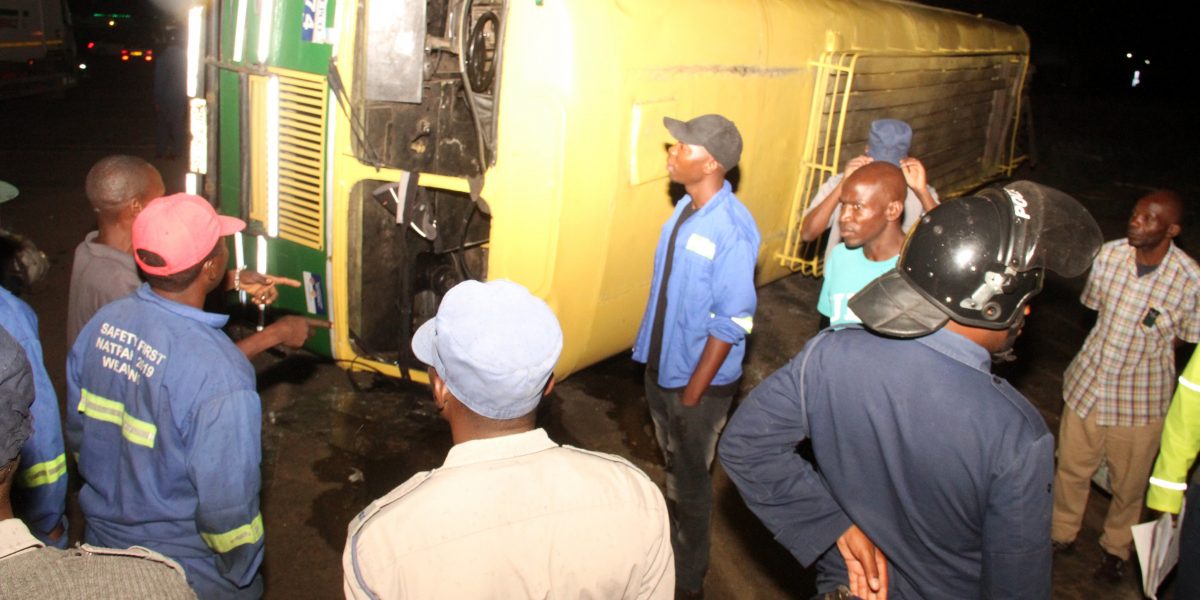 A ZUPCO bus overturned along Lytton Road in Harare on Saturday and 21 passengers were injured in the accident, The Herald reports. The bus belonging to Changu Logistics but contracted by ZUPCO was on its way to the CBD from Kambuzumba/Rugare when the accident occurred.

The accident was confirmed by ZRP National spokesperson Assistant Commissioner Paul Nyathi who said the driver failed to negotiate a curve which caused the bus to overturn:

The driver of the Changu bus contracted to Zupco had 21 passengers on board. On approaching a curve near Rugare traffic lights along Lytton Road, the driver lost control of the bus and it veered off the road before overturning once. Police were called in. The injured were taken to Sally Mugabe Hospital for treatment.

Assistant Commissioner Nyathi said the bus was taken to Vehicle Inspection Department (VID) for inspection. A few weeks ago another ZUPCO bus at the Mupedzanhamo traffic lights rammed into 8 cars and injured 10 people including vendors selling their wares by the roadside.