The Zimbabwe Football Association (ZIFA) has appointed Mr Wellington Mpandare as the General Manager for all national teams on a three-year contract.

The position comes with huge responsibilities which the board felt match the experience possessed by Mpandare, who has served in almost similar capacity in the past. Mpandare was the team manager for the senior men’s team when the Warriors qualified for the 2019 Africa Cup of Nations, and he was also in the same position when the locally based Warriors secured a place at the 2021 African Nations Championship.

Apart from the usual responsibilities of the team manager of the Warriors, Mpandare will also be responsible for all logistical and welfare issues for all other national teams. He will work hand in glove with team managers of the other teams to improve the organisational aspects around national team games.

We would like to wish Mpandare all the best in his new secretariat position which teams him up with a dedicated group which has been doing some of the duties he will assume. The executive committee has great faith in his ability to execute his duties well to support the association’s long-term goals.

For and on behalf of the Zimbabwe Football Association: Xolisani Gwesela Communications & Competitions Manager
www.zifa.org.zw
+263 0242 704624 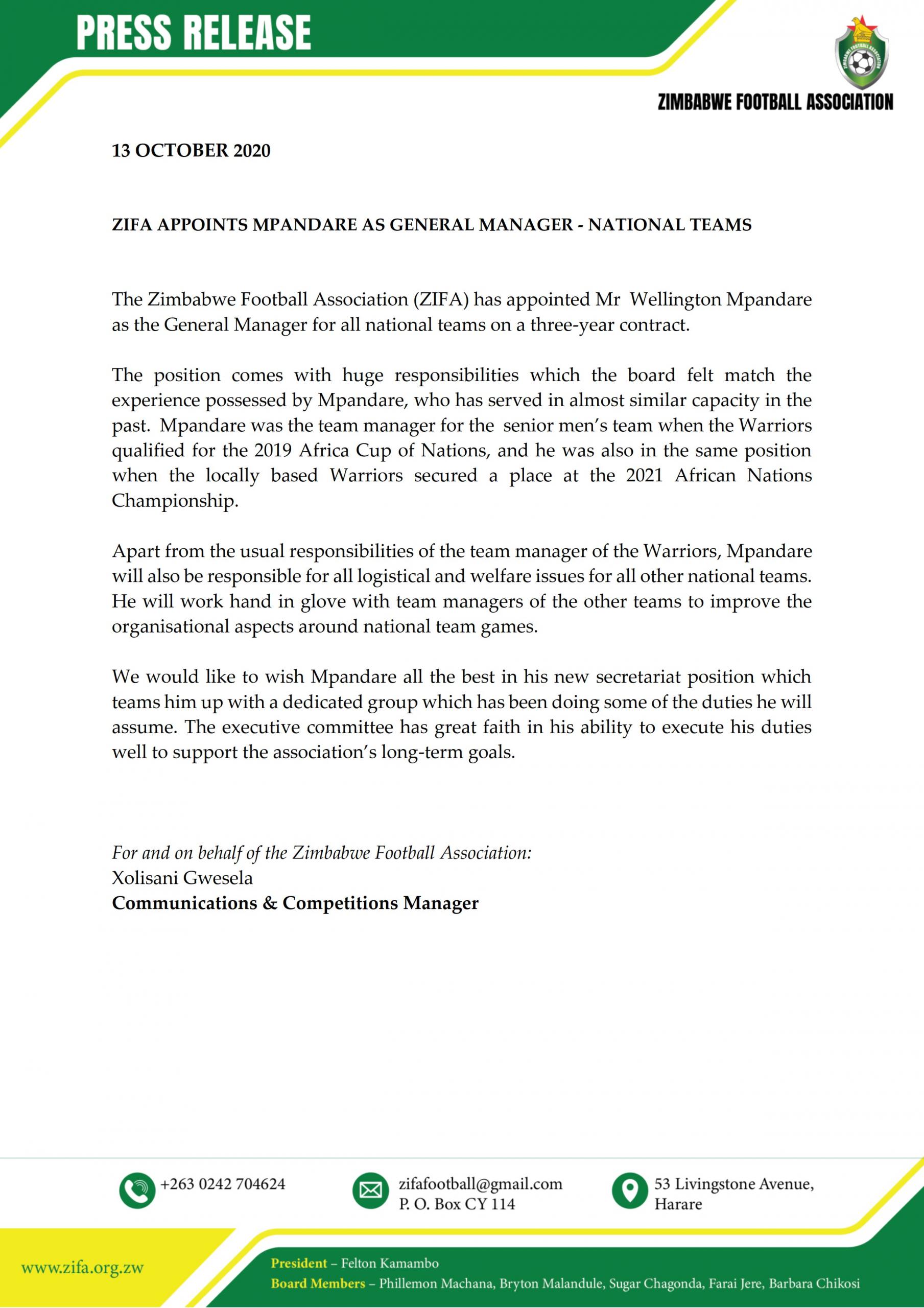