MDC Alliance has announced the passing on of its Women’s Assembly and National Executive Member, Sithokozile Muzivoreva.

This comes a day after the death of the party’s legislator Anna Myambo died after stroke which started in June when she was recalled from Parliament by MDC-T.

The party announced that Muzivoreva died at Morgenster Hospital in Masvingo this Friday. Reads the party’s statement:

The MDC Alliance is saddened to announce the passing of Women’s Assembly and National Executive Member, Sithokozile Muzivoreva. She passed on today at Morgenster Hospital in Masvingo. We express our deepest condolences to her family on this sad loss. 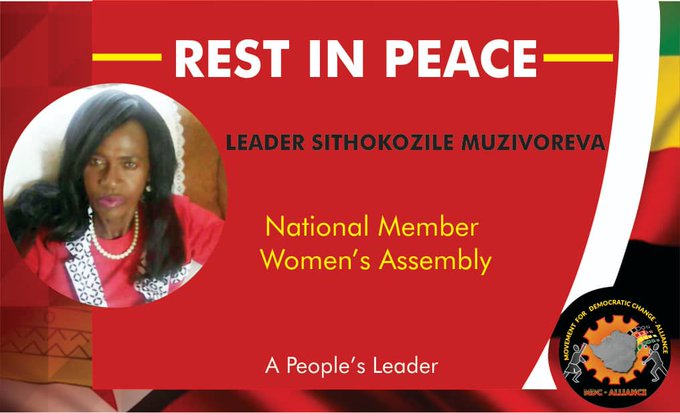