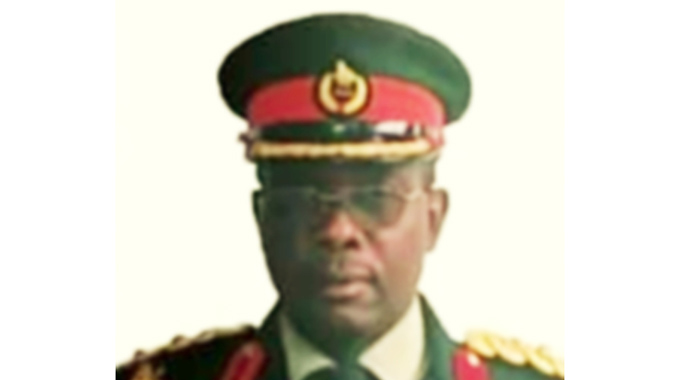 The late Brigadier General Rhufus Chigudu who succumbed to an undisclosed illness on 24 September will be buried at the National Shrine tomorrow, The Sunday News reports.

The development was communicated by Home Affairs and Cultural Heritage permanent secretary Mr Aaron Nhepera who told the publication that:

The burial will take place on Monday. The body will leave Charles Gumbo Barracks (formerly One Commando Barracks) around 7am and will be taken to Stodart Hall for the traditional body viewing rites. From there it will be transported to the national shrine where the remains will be interred. There will be limited attendance because of the Covid-19 pandemic.

Zanu- PF joins His Excellency Cde ED Mnangagwa in mourning the passing of Brigadier-General Ruphus Chigudu who died on Thursday, 24 September 2020. Brigadier General Chigudu was born on 11 December 1955 and joined the liberation struggle under Zanla forces in 1975 in Mozambique.

He later joined the ZNA (Zimbabwe National Army) during the integration exercise in 1980. He rose through the ranks to become Brigadier-General and is survived by his wife (Vimbai) and three children. We applaud the decision taken by the party to confer him the status of national hero