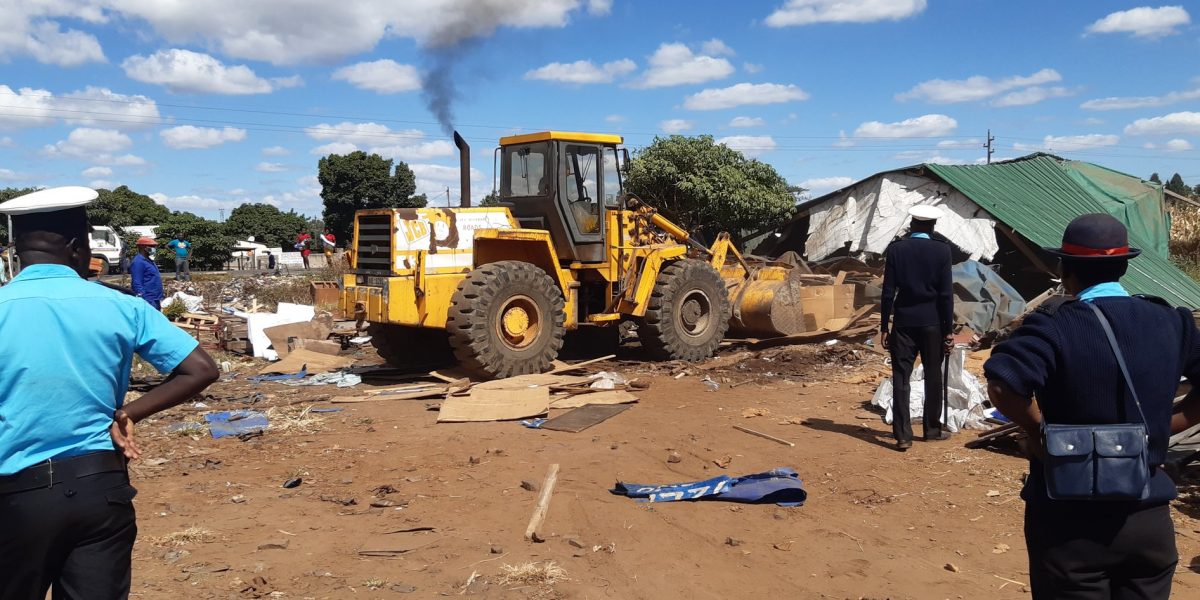 Harare City Council has notified some residents and small business owners who had erected illegal structures of their intention to demolish them.

Photos of the notices seen by this publication notify business owners operating in Mbare that their structures are going to be demolished.

Here is an example of the notices: 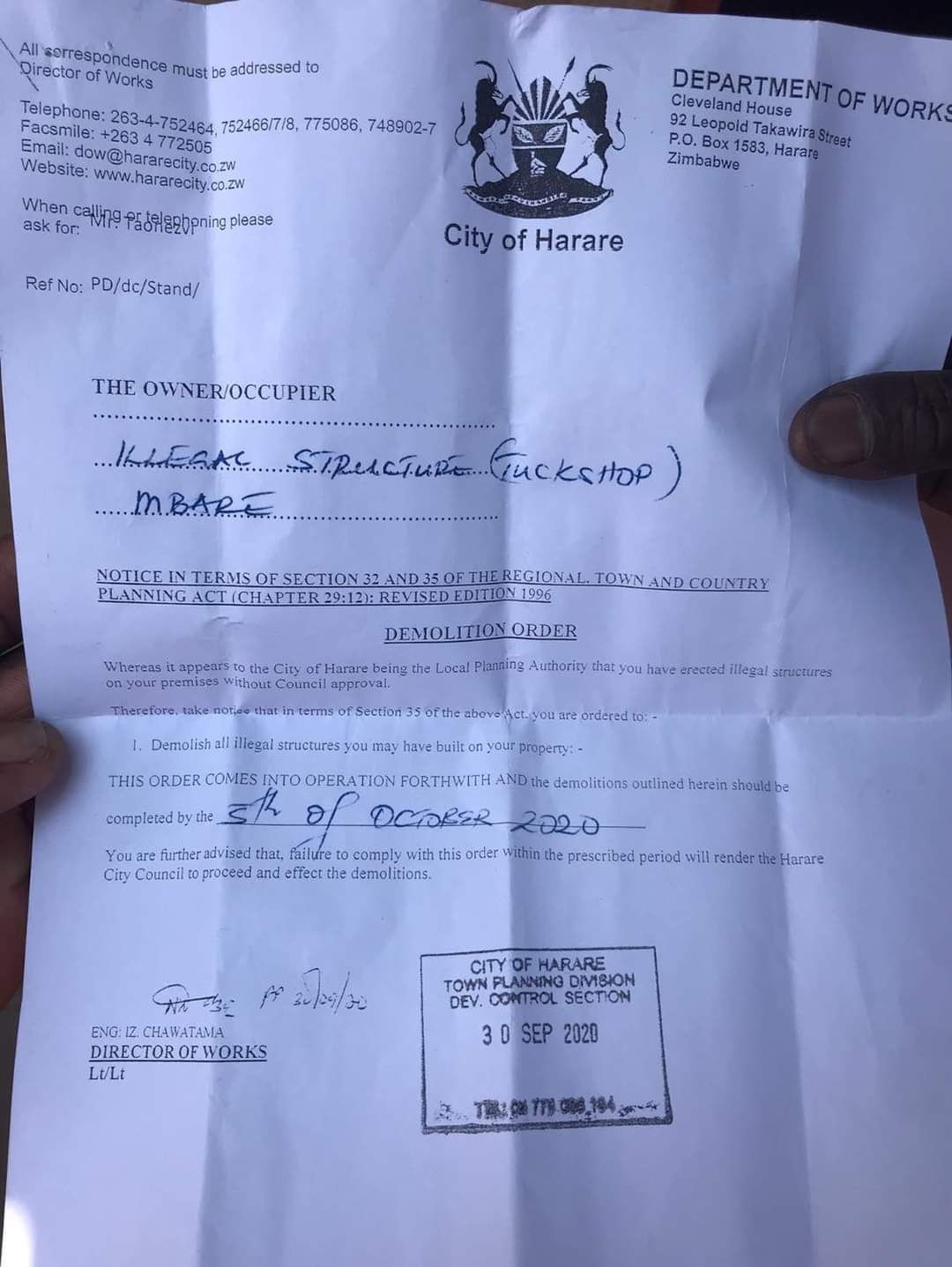 The City of Harare during the lockdown took advantage of the lockdown and demolished many illegal structures and roadside structures in major towns. The move was highly criticized by the general populace who said the city was demolishing people’s livelihoods. The city explained that the directive came from the government which sent a memo to them instructing them to carry out the demolitions.