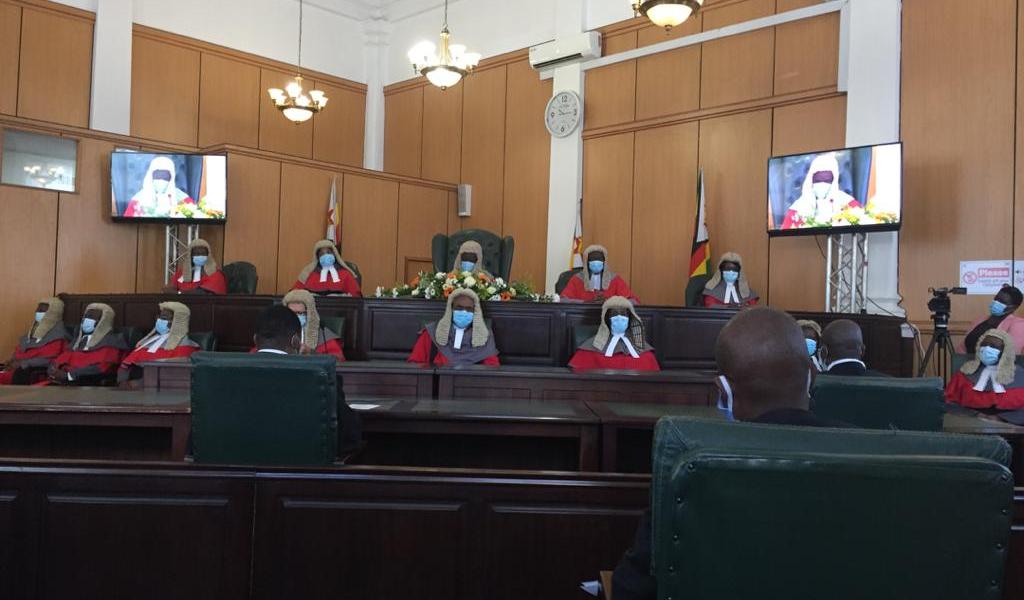 The Judicial Services Commission (JSC) on Monday held public interviews to select a panel of local judges who will make up the country’s Constitutional Court bench.

After the interviews have been completed, the Commission must prepare a list of its nominees for submission to President Emmerson Mnangagwa.

The interviewing panel was panel presided over by the Chief Justice Luke Malaba.

The national constitution obliges the President to make his appointments from the list submitted to him after the interviews.

However, in the event that he considers that there are not enough suitable candidates to fill the five vacancies, he can ask the JSC for a further list which will then be binding on him.

United Kingdom-based constitutional law lecturer Alex Magaisa said the panel was evidently biased in some of the questions addressed towards a certain judge. Said Magaisa:

The institutional bias of the Judicial Services Commission was evident in the line of questioning. The JSC panel asked Justice Anne Mary Gowora for her views on abortion. None of the 3 male candidates was asked that question. What else explains the selective questioning on this moral and ethical issue?

Justice Gowora reportedly struggled through the interview as she said she did not understand the meaning of Constitutional Order.

She also said she was not computer literate enough to find online judicial seminars to upgrade her curriculum vitae.