The Supreme Court is yet to rule on an appeal by the “winning” Chegutu West MP, the MDC Alliance’s Gift Konjana, against the Electoral Court judgement which dismissed his electoral challenge after a mistake was made by electoral officials.

The Zimbabwe Electoral Commission (ZEC) admitted that it had made an error in declaring Nduna the winner but informed Konjana to seek redress through the courts as it had no powers to reverse the announced results.

In October 2018, the Electoral Court judge, Justice Mary Zimba-Dube dismissed Konjana’s election petition on the basis that it was defective.

Konjana appealed against the Electoral Court judgment at the Supreme Court and a ruling is yet to be made. 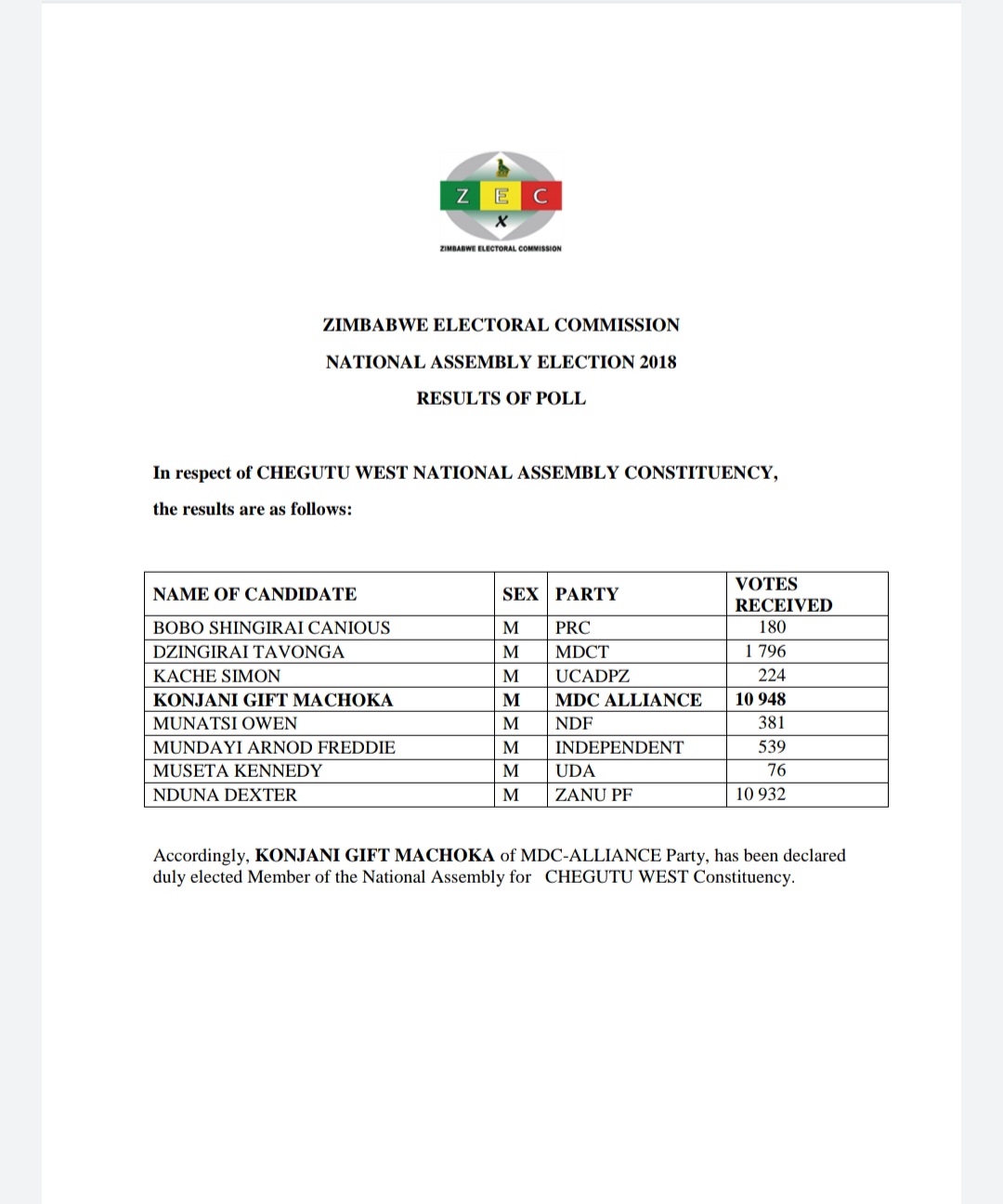