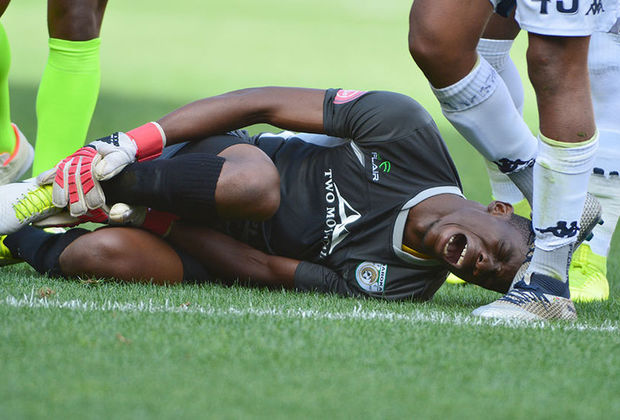 Warriors goalkeeper Elvis Chipezeze has defended his penchant for time-wasting, saying there is nothing wrong with that.

The Baroka FC captain has been criticised for his antics more than once by Mamelodi Sundowns coach Pitso Mosimane.

During Sundowns’clash with Baroka in late August, despite Chipezeze being suspended, Pitso mentioned the Zimbabwean while criticising goalkeeper Ayanda Dlamini for time-wasting. He said:

This one (Dlamini) is a different one. They’ve got Elvis Chipezeze who is a master of sitting, of killing the game. This one I don’t know his name, I think Baroka they breed them.

However, speaking during an interview with CAJ News Africa, Chipezeze justified his alleged unsportsmanlike behaviour, arguing that it’s “game management”. He said:

It’s not antics at all. Rather, I call it game management. As a captain, sometimes, if I sense danger coming from our opponents, I have to be smart, tactical, strategic and devise manoeuvres to manage the game.

It’s not always good to be dictated play by your opponents. We should rather counter their strategy. I call that game management.