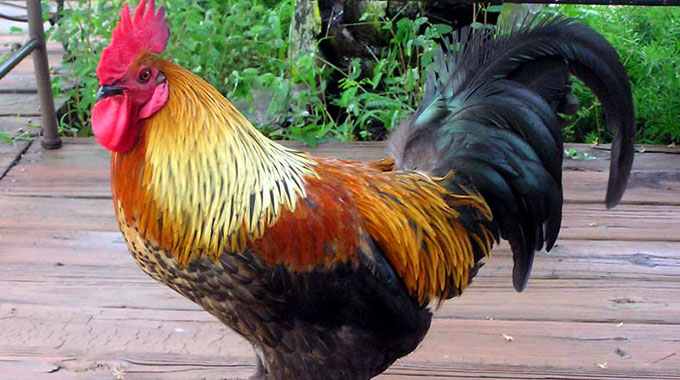 A rooster recently attacked and killed a 42-year-old woman in Chigodora village under Chief Zimunya in Manicaland Province.

Acting Chief Zimunya summoned Zvikomborero Takarinda to appear before his court to explain the death of Chandapiwa Makaza, nee Bushu after she was attacked by his cock. The traditional leader said:

Before this incident, this had never happened in my area before. It’s mysterious and abnormal. I will soon summon him to my court to explain how a mere rooster could attack a woman, thereby leading to her death.

We could not hold our usual court sessions due to the Covid-19 lockdown but business is slowly getting back to normal.

We want to get to the bottom of this issue. Many people thought the matter had died a natural death but we will probe it further and hear the case in full. What happened is taboo, an abomination. Justice should prevail.

Reports claim that two days after Makaza’s death, her corpse “wept”, something that horrified relatives and friends who had attended her funeral in July.

Takarinda had earlier told the Manica Post that the bird had a habit of attacking people, especially women.

Villagers threatened to manhandle Takarinda if he insisted on his refusal to kill and burn the rooster and he reluctantly terminated the cock’s life.