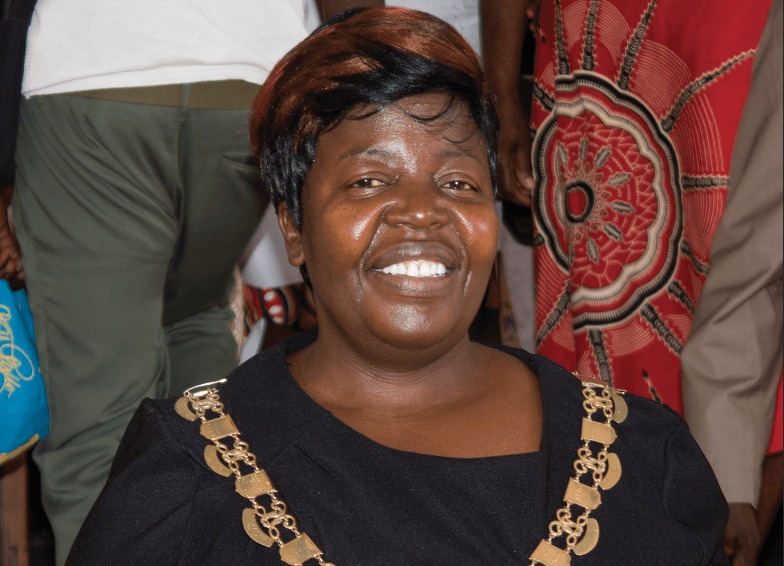 Kwekwe mayor Angeline Kasipo has pledged her loyalty to MDC Alliance leader Nelson Chamisa whose backers are being expelled from parliament and councils by the judicially-created Thokozani Kupe-led MDC-T.

Reports had claimed that the country’s only female mayor and Kwekwe councillor for Ward 10 had forsaken the embattled Chamisa to join his erstwhile colleagues.

However, Kasipo told NewZimbabwe.com over the weekend that she will not abandon the late Morgan Tsvangirai’s blue-eyed boy. Said Kasipo:

Those rumours are not true, I have not crossed any floor.

I am an MDC Alliance councillor and my loyalty lies with Chamisa. I am not going anywhere.

Chamisa enjoys grassroots popularity, but his powers were taken away from him by the courts which ruled in March this year that his ascension to the original MDC-T presidency was in violation of the party’s constitution.

Three councillors from Kwekwe have since crossed the floor to join Khupe. These are; Joshua Tinago (Ward 11), Mercy Ranga (Ward 4) and Future Titora (Ward 2).