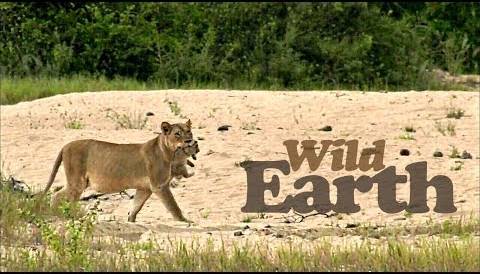 Africa’s magnificent wildlife is the focus of a pop-up channel now running 24/7 for three months on DStv.

WildEarth is available on Premium and Compact Plus packages on DStv channel 183.

It’s a new channel that brings viewers the thrill of nature during daily live safari shows from spectacular wildlife locations like South Africa’s Kruger Park, locations in Kwazulu-Natal, the Kalahari desert and Kenya’s Masai Mara, as well as many more locations still to be explored.

WildEarth’s mission is to connect people with nature by offering viewers the opportunity to feel like they are ‘out there’ experiencing it for themselves.

The team behind WildEarth, which is running on DStv until Wednesday, November 25, believes that many people are losing their connection with nature, with a consequent negative impact on their well-being and on wildlife. Said Dziva:

The WildEarth team say that restoring this lost connection with nature, even virtually, is scientifically proven to have a healing effect on us humans and helps reduce stress and anxiety levels.

The intention is not that viewers should be wowed and awed through gruesome or dramatic behaviour of wild animals, but rather to have serendipitous moments of unscripted magic that touch the heart and let them suspend their disbelief and feel as if they are there.

For many urban people, WildEarth’s daily broadcasts are their only connection with nature and some people have reported how this connection has helped them through difficult times in their lives and has supported healing from physical and mental illnesses. Added Dziva:

This has been especially noted during the period of lockdown when visits to wildlife areas have mostly not been possible.