ZRP has released the following statement following reports that armed policemen went to Mazowe’s Christon Bank and destroyed squatter camps and homes that had been built on the edge of the mountain without notice.

In explaining the incident, ZRP says it was a sanctioned operation code-named Operation Protect Mbuya Nehanda Heritage In Mazowe.

Read the ZRP statement on the issue below:

Since the onset of the operation on 26′ August 2020, a total of 65 suspects have been arrested for various offences which include Criminal trespass, operating without shop licence, implementing a mining project without Environmental Impact Assessment certificate among others.

Meanwhile, Zimbabwe Republic Police warns criminals wh, want to take advantage of this operation to cause confusion and commit various criminal activities that the law will take its course without fear or favour.

To the Commissioner General of Police Police General Headquarters 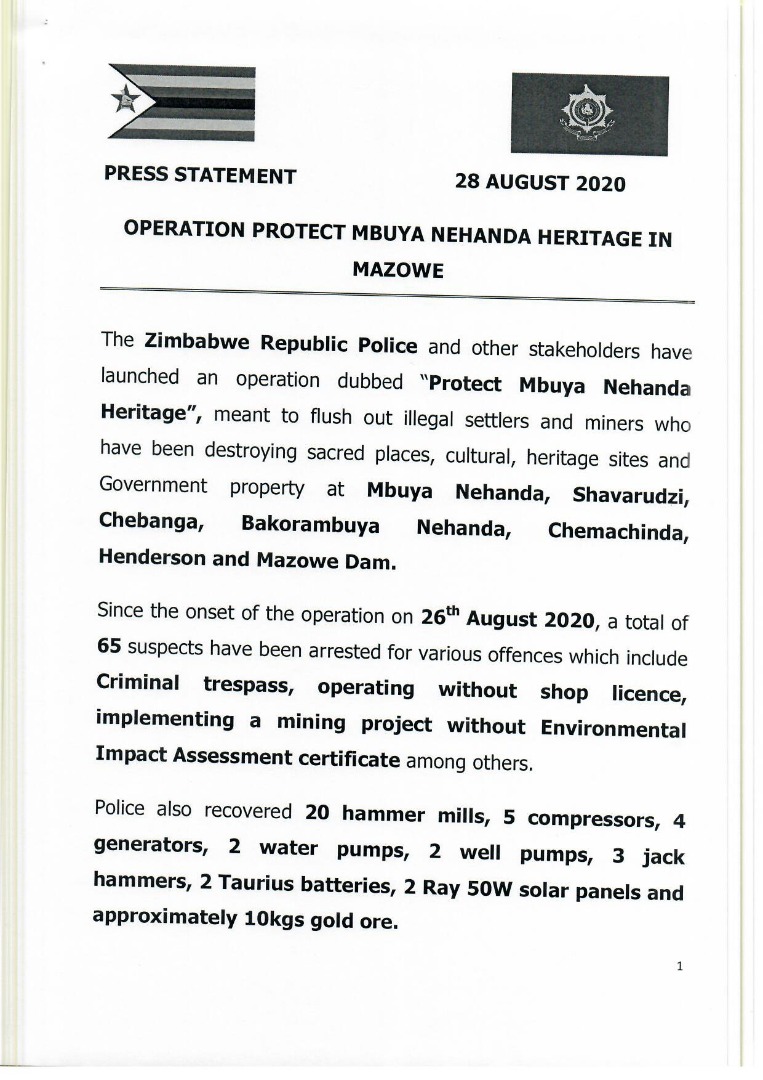 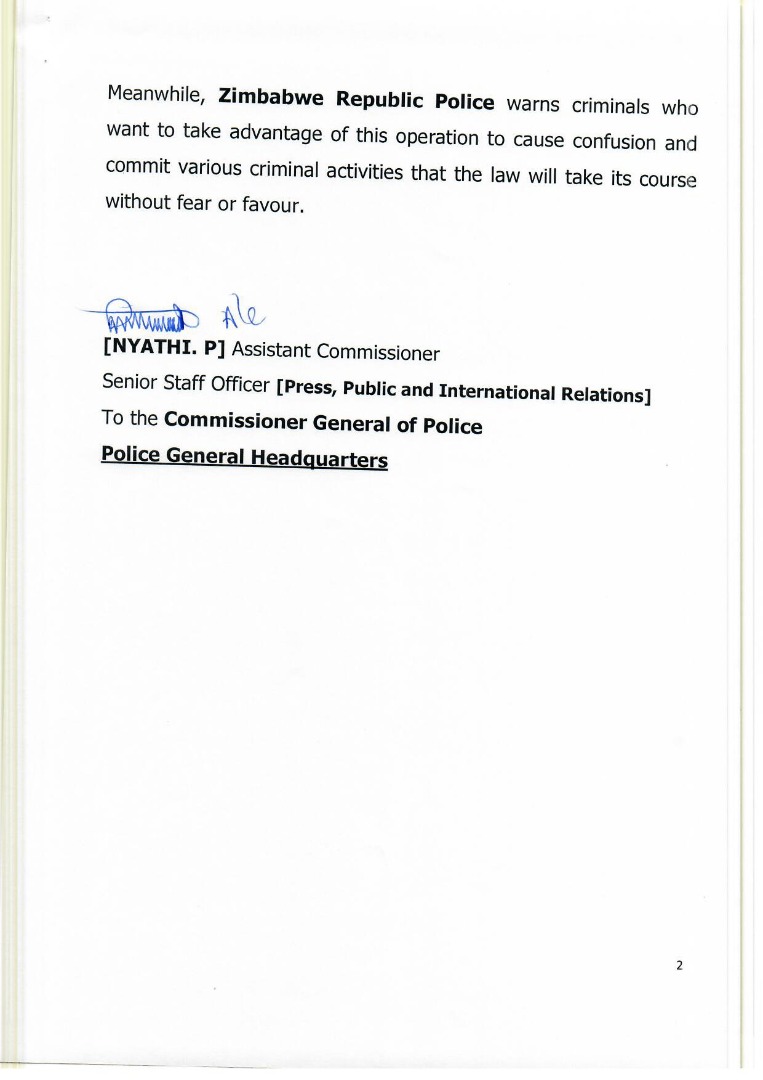