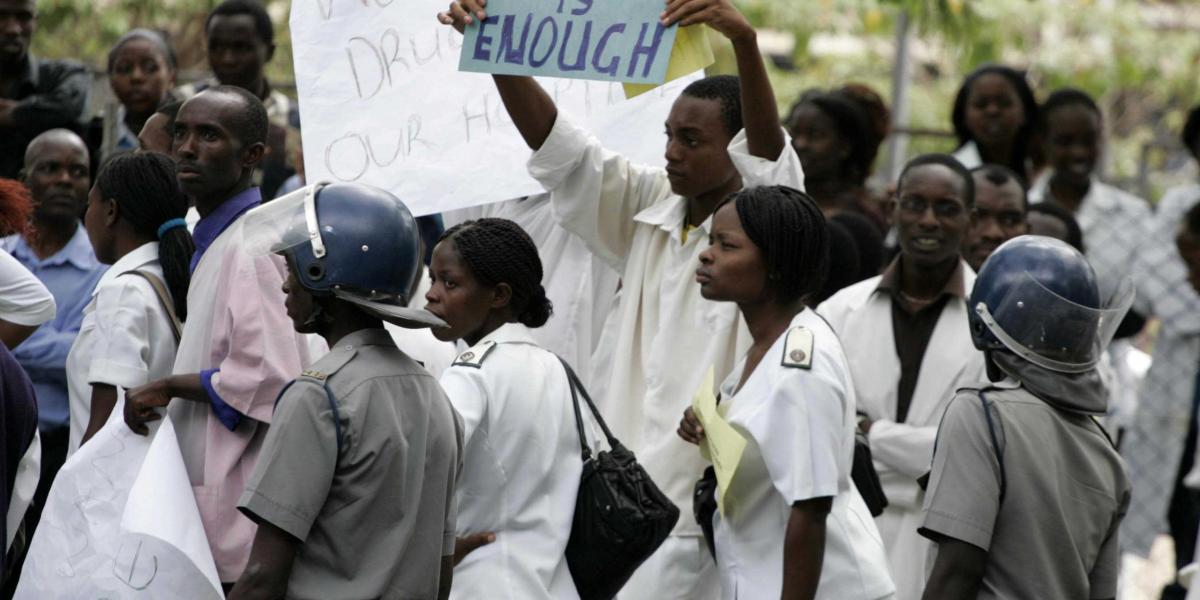 Striking nurses have finally been paid their July [and August] salaries which had been withheld by the Health Services Board (HSB).

HSB has a no-work, no-pay principle and in July, it struck off its payroll all nurses who were no longer reporting for duty demanding USD salaries and adequate personal protective equipment (PPE).

Zimbabwe Nurses Association (ZINA) president Enock Dongo confirmed to the Daily News on Sunday that the nurses were paid double their normal salaries this month to compensate for July. He said:

The majority of nurses who did not receive salaries in July got them this month. It is a welcome development, but we still feel it was wrong in the first place to remove striking nurses from the payroll.

We want our concerns to be addressed and there is no need to be vindictive. We hope someone somewhere will see sense and do what is right because our concerns are legitimate.

Dongo reiterated the union’s stance that the nurses would not return to work until the government meets their demands.

A fortnight ago, Ncube said negotiations for an annual cost of living adjustment between the government and its employees under the NJNC had started.