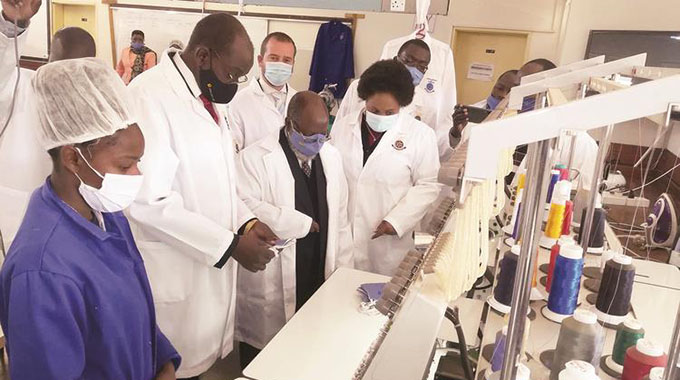 A military helicopter carrying Vice-President Kembo Mohadi on Thursday failed to land at the Josiah Tungamirai Airbase, formerly Thornhill in Gweru and returned to Harare under unclear circumstances.

The helicopter arrived at the airbase at around 9 am, made rounds in the air and turned back to Harare, with some officials claiming that the pilot had aborted the landing due to bad weather.

An official at the Gweru Air Force told NewsDay that military aviation officials claimed that indeed bad weather had forced the chopper to return to Harare. The official said:

Some pilots I spoke to and military aviation officers told me that the official reason for the chopper’s failure to land in Gweru was bad weather.

But you never know with the fights happening in our political space and inside Zanu PF itself. It’s rare that a VVIP chopper fails to land at a military camp.

VP Mohadi was supposed to officiate at the handover ceremony of a 30-bed COVID-19 isolation wing at Gweru General Hospital that was refurbished at a cost of R15 million by a platinum miner, Unki.

Reports indicate that he was in the company of Local Government minister July Moyo in the helicopter.

The ceremony at Gweru General Hospital and another function at Gweru City Council were both abandoned after the mishap.